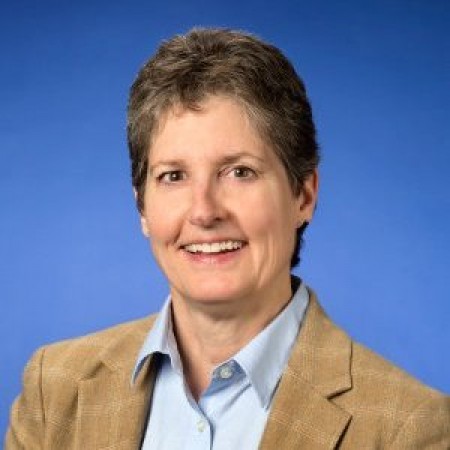 You haven't heard 'Happy Birthday' until you've heard it played on the Altgeld Hall chimes, which close pal James Matanky arranged as a surprise to Betty Smith on one glorious early November day in the 1980s.

"We had a small picnic — four of us, including good friends Michele Naffziger and James Ganey up in the tower – looking down on the Quad, engineering campus and beyond to the South Farms, Assembly Hall and many places in between," recalls Smith, now the executive director of the Indianapolis Motor Speedway Foundation.

"Jim got a chance to play a few tunes on the carillon – he is a very accomplished pianist as well as lawyer. That may be the day that we also climbed onto the Alma Mater statute in Hawaiian shirts and had our pictures taken.

"I only learned later that Altgeld Hall had once been the law school for a time; at that time, it was used principally for math classes.

"Another of my favorite spots was the Morrow Plots and the Undergraduate Library – I never used that library much, but loved the rationale for the underground design to protect the nation’s oldest experimental fields. Its continued existence says a lot about the origin of the university as a land-grant college.

"I also once spent a spring break mapping the housing of neighborhoods surrounding the northeast side of campus for a geography project — it was eye-opening to focus on the buildings that I used to just speed by in a car, ignoring and chatting with a friend or listening to the radio.

"And, of course, every visit to the Graduate Library Stacks for research was a privilege and awe-inspiring.”