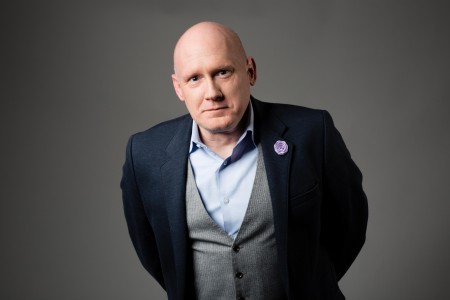 Where were you on Halloween Eve 1998?

“The fall of 1998 was my second year teaching as a graduate instructor in the Department of English at the University of Illinois. ‘Fall semester’ always struck me as an odd phrase, beginning as it does in the heat of summer. For me, autumn often came to campus at some later, mutable time.

“That day, I coaxed a classroom of Rhetoric 105 students across the Quad and up onto the steps of Foellinger Auditorium and read to them. I read them a story — a chapter really — to illustrate a simple argument about the nature of horror. It was, after all, the day before Halloween.

"We began class by talking about the definition of horror — the essence of things that scare us. And then I read. The book was Rick Moody’s new novel, 'Purple America.' I stood in front of twenty-some odd smart minds and slowly read the first chapter, one that describes the narrator bathing his aging, failing mother.

"When I finished, I closed the book and said something like, 'Ghosts and spiders and clowns and snakes and vampires — they’ve got nothing on this; class dismissed.' I watched the class descend the stairs, thinking — I hope — about the conventional parameters of fear and how much of that is driven by experience, or lack thereof.

“As I reflect on that day now, it’s less about what I taught, or what they learned, than it is the crystallized memory of autumn’s arrival at UIUC almost two decades ago.” 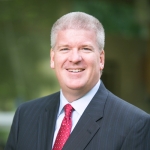 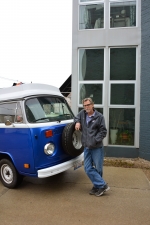