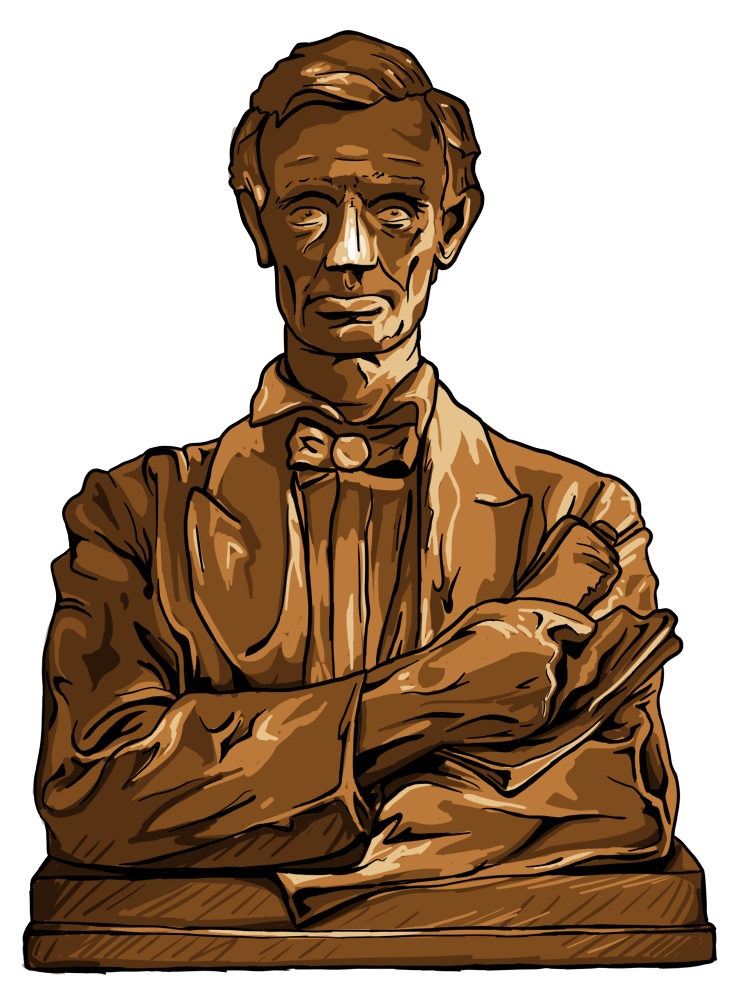 That was Riley Roberts’ initial takeaway when during a campus visit he went to check out the classrooms he knew he’d be spending a lot of time in. It was the mid-2000s. “The building was in a startling state of disrepair — this was before the renovation, when the floors were cracked and the paint was peeling in nearly every classroom — but the place had a musty, lived-in quality” that he took a liking to.

“Outside of class, I remember visiting my academic advisors and going to office hours on the building’s upper floors. I remember the strange, labyrinthine basement, where the university stored an assortment of skeletal stone fragments — pieces of sculptures, of friezes, of gargoyles, each carefully tagged — that had fallen off of, or been removed from, buildings across campus. Covered in dust, in the dim basement light, they were really quite eerie.”

Lincoln Hall is also where ...

— Pulitzer-winning reporter Leonora LaPeter Anton spent a lot of time on the fourth floor, home to the former World Heritage Museum and the woman who ran it, whom she knew simply as Mom.

Barbara Bohen “turned it into a special place with unique finds around every corner, from a spruced-up replica of the Parthenon Frieze to a real Egyptian mummy,” Anton says.

“I remember she once bought a massive ceramic classical Greek vase at an auction in Switzerland and booked it two seats on the plane under the name Mr. and Mrs. Vase.”

— Tech executive Eric Klinker found inspiration during freshman orientation. It was one part memorable, one part humbling, as he remembers the guest speaker who addressed Klinker and hundreds of fellow engineering classmates in the stuffy auditorium.

“His first words, simply and clearly spoken, set the tone: ‘The department you are about to enter saved my life.’ He went on to describe groundbreaking, almost magical sounding technology — at least to that young farm boy in the audience — invented on campus that would later go on to detect and treat his cancer. He was standing before us as living proof of the impact an engineering education at Illinois can have on the world.”

— Jeff Anderson found the love of his life — during one of those dreaded 8 a.m. lectures, of all times. “As fate would have it,” says the now-GM of the Game Show Network, “a cute blonde co-ed would come late to class every day and sit in the front row of the hall.

“Three years later, we were married and started a life together that spanned 25 years. She passed away last year from ALS, but the University of Illinois was always a source of pride and joy for both of us.”