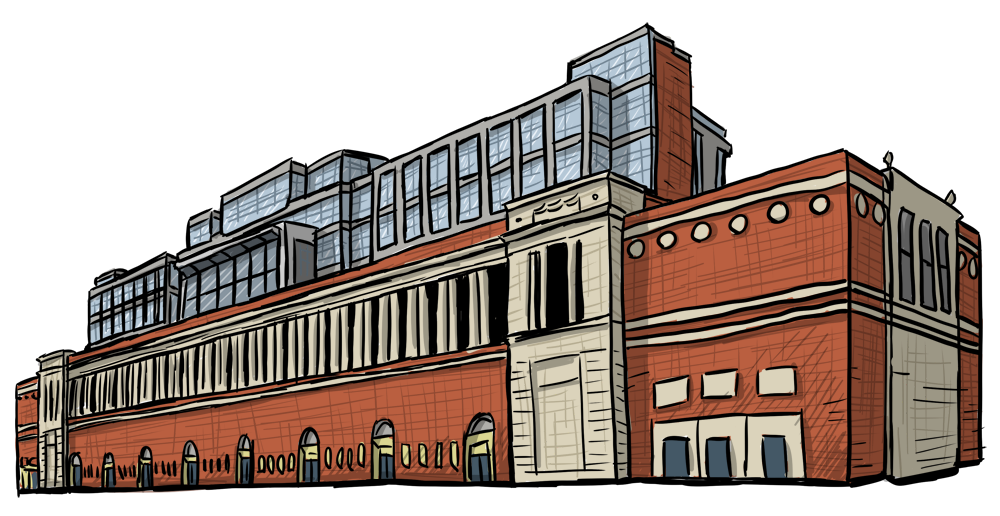 It’s not a signal that refs given Illini football players as often lately as they did in Wright’s day. His 12 receiving TDs are still tied for seventh-best in Illini history, half a century later.

So it’s no surprise that his happy place on campus is “the exact same spot that both my father, Robert Wright, and my son, John II, would also choose, which would be the 4,800 square feet of turf that grace the end zone of Memorial Stadium after scoring a touchdown.”

Memorial Stadium is also where ...

— A former federal judge and deputy U.S. attorney general found inspiration. “I was always struck by Memorial Stadium,” Mark Filip says, “not so much as an athletic facility, but rather, as its name reflects, as a memorial to the many students from U of I who gave their lives in World War I in service of the country. Their names, almost 200 of them, are inscribed on the pillars at the sides of the stadium.

“It always was very humbling and almost sacred to think of what they gave so we could be able to enjoy all the opportunities that the university had to offer — academic, athletic, extracurricular and on and on, depending on your interests.”

— The future president and CEO of the San Francisco Bay Area Super Bowl Host Committee had a blast.

“When I was attending Illinois in the mid ’80s,” Keith Bruce says, “both our basketball and football teams were national powerhouses. I remember my walks with friends to the stadium to watch Illinois football on Saturday afternoons. This was before ESPN ‘College GameDay’ and all the other pregame hype.

“Big Ten football on Saturday was my break from all the classwork and the pressures of succeeding in college life. It was just pure college football and part of the college experience — whether it was going to games with my Sig Ep frat brothers, new girlfriends or even by myself a few times for those cold November games.”