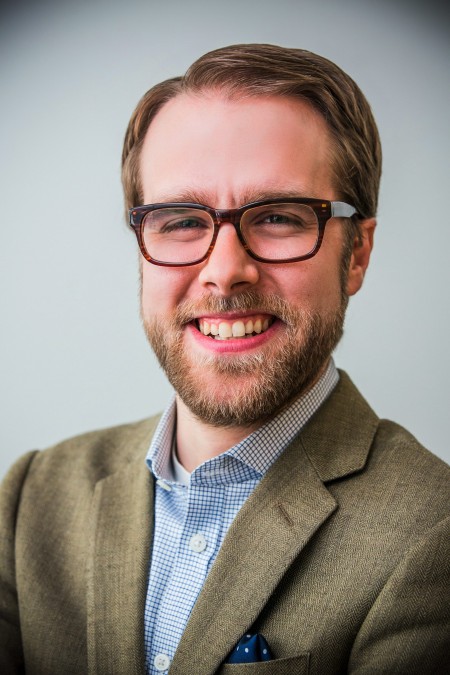 In town for a campus visit as a high school senior, Riley Roberts decided to check out the building where he’d be spending the bulk of his class time if he chose Illinois.

His first impressions of Lincoln Hall?

“The building was in a startling state of disrepair — this was before the renovation, when the floors were cracked and the paint was peeling in nearly every classroom," he says, "but the place had a musty, lived-in quality that I found oddly appealing."

And thus began a path that would eventually lead to Roberts serving as chief speech writer for then-U.S. Attorney General Eric Holder.

“Outside of class, I remember visiting my academic advisors and going to office hours on the building’s upper floors," he says. "I remember the strange, labyrinthine basement, where the university stored an assortment of skeletal stone fragments — pieces of sculptures, of friezes, of gargoyles, each carefully tagged — that had fallen off of, or been removed from, buildings across campus. Covered in dust, in the dim basement light, they were really quite eerie.

“Most of all, I remember the afternoon I visited the internship office to drop off an application to work for then-Senator Barack Obama on Capitol Hill. I could not have imagined it at the time, but that application would profoundly change my life — leading me to a profession I love, foreshadowing the years I would spend in the Obama Administration, and introducing me to my future wife.”