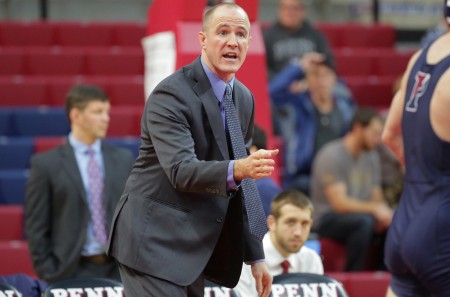 He's spent time on his fair share of college campuses, and Alex Tirapelle has yet to come across another Larry DeBrock.

“I had an 8 a.m. introductory microeconomics course with Professor DeBrock near the beginning of my Illinois tenure, so I probably didn’t appreciate him as much as I should’ve at the time," says the former All-American wrestler and Ivy League coach.

"He was an expert in the field, an engaging lecturer who provided real-world examples that made the material easy to comprehend, and extremely passionate about teaching.

“Having held positions at UC-Davis, Stanford and Penn, my experience has led me to believe that most professors possess one or two of these characteristics, but it’s extremely rare to find someone who embodies all three.”

From 2013: Tirapelle making name for himself