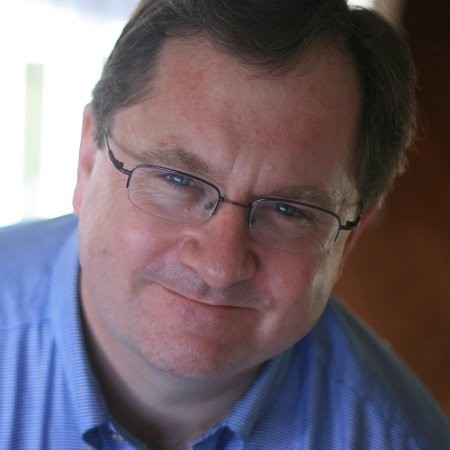 To find Chris Malcolm’s happy place, mosey on over to the southwest corner of Lincoln and Florida.

That’s where the future digital content director for the Big Ten Network spent four fun years playing lacrosse — a ways away from the spotlight that shone on the scholarship sport athletes.

“Club sports back then — and especially lacrosse — were not a glamorous thing," says the 1990 UI grad. "No fans, not a lot of talent, and just a little bit of money.

"We practiced multiple times a week on the thick grass with more than a hint of the nearby South Farms in the air. I liked that part of town because you could look south and see open spaces, a nice contrast to the bustling campus and surrounding towns.

“We had a wonderful club adviser and defacto coach, the late Dick Evans, who also taught at the Business School. And if you showed up for practice on that field, you could expect to learn a little bit about the game and a little bit more about your ability to push yourself from a man who played lacrosse since he was a child.

“I went back years later, hopped the fence and just sat there quietly on the sloped grass under the bright sun. I looked south and closed my eyes. I thought about all the times I sprinted from the Quad with my equipment bag on my shoulder and all those slow walks back to the dorm with teammates. So many laughs, so many stories.

“The field at Lincoln and Florida — that’s the campus place I think of most.”