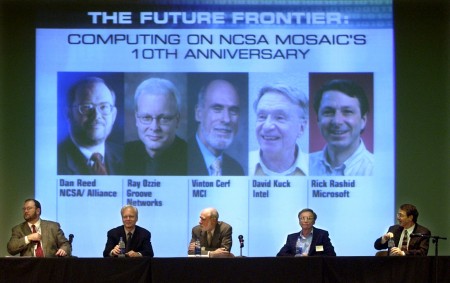 Those were just a few of the tech titans who made the UI’s Digital Computer Lab seem like “a place of almost mythic status” when Dan Reed arrived in 1984, just after finishing his Ph.D. at Purdue, for what would be a 19-year stay.

The combination of “the incredible machines designed and built there” and “the people who had been part of that amazing history” made it a dream first stop for the professor who’d go on to lead the UI’s National Center for Supercomputing Applications (2000-03) and chair its computer science department (1996–2001).

“After all, it was an inspiration for HAL in 2001. Because of that legendary history, I knew I had been blessed, in an academic sense, to become part of a holy place,” says Reed, now the University of Utah’s senior VP for academic affairs and a professor of computer science/electrical and computer engineering.

“The extraordinary ILLIAC history, the vision of the future that was PLATO, the computing talent in CS and ECE, the supercomputing of NCSA and CSRD, then Mosaic and the web — C-U was and is magic, where engineering dreams take flight.” 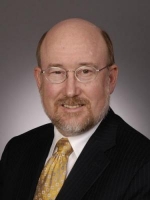 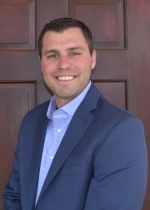