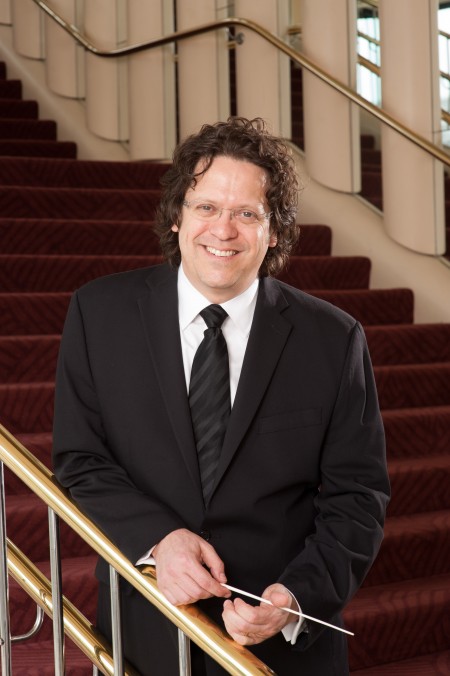 There are culture shocks. And then there’s what Donato Cabrera experienced when he made the move from Reno, Nev., to C-U for grad school.

"I moved from one of the sunniest places on earth to a place that didn’t see much sun at all between October and April. Northern Nevada has cold winters and lots of snow, but I wasn’t prepared for the winter of ’97 at UIUC, which saw negative double digits and for someone who didn’t have a car and had to walk everywhere on campus, that was, shall we say, character-building," says the music director of the California Symphony and the Las Vegas Philharmonic.

"I had been living on my own for close to eight years, had my own business and had what I considered to be a settled life in Reno. Moving into a 9 x 11 room in Sherman Hall created a level of asceticism that I had never known.

"However, the people that lived in Sherman Hall with me opened my eyes to the rest of the world and, more importantly, what was emerging within myself. Many were foreign students, which only solidified my love for European culture, but many were older American students, like me, who were furthering their education and trying to reach for something different and, perhaps, better.

“But, aside from all of these typical new experiences I’ve just mentioned, studying conducting with Donald Schleicher and taking music history and analysis classes with some of the world’s leading musicologists opened my eyes to a level of artistry and scholarship that completely changed the direction of my career.”