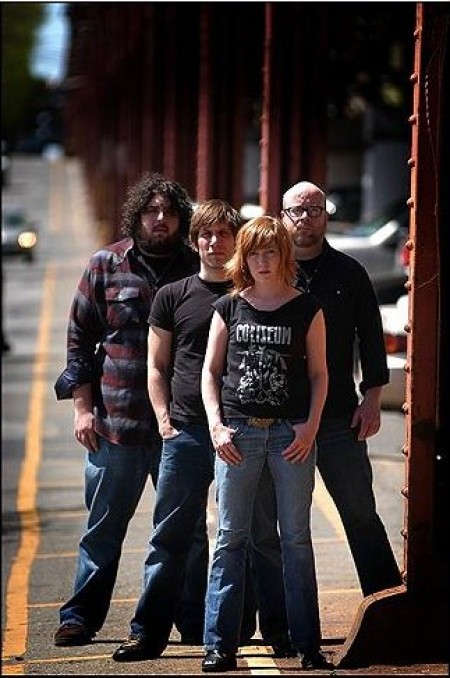 If a music act was playing the Blind Pig in the mid ’90s, there’s a good chance Elizabeth Elmore was there — many times, behind the microphone.

Before she began a career in international law, Elmore (’97) was the lead singer of rock bands The Reputation (that’s them in the photo) and Sarge.

“My friends and I pretty much lived at the Blind Pig in the mid ’90s, whether it was seeing shows, dancing at Jim’s Disco or drinking Tuesday dollar pints of leinenkugel,” she says. “Ward Gollings, the booking agent, brought unbelievable bands through town week after week. Some of my favorite bands to this day are bands I first saw playing to 150 — or 15 — people at the Pig.

“Once my band Sarge started, Ward gave us our first show — and many thereafter — which let us get enough experience under our belts to start playing out of town and then touring around the country. And really, the entire staff was great — Kim Tebussek Gollings taught me to do tequila shots without the lime and always say please and thank you to your bartender, skills that have served me well around the world."

Elmore has come a long way since her Blind Pig days. After earning her BA in finance from the UI, she went on to law school at Northwestern.

Her stage these days is the United Nations Security Council-established Mechanism for International Criminal Tribunals in The Netherlands, where she works as an assistant appeals counsel.