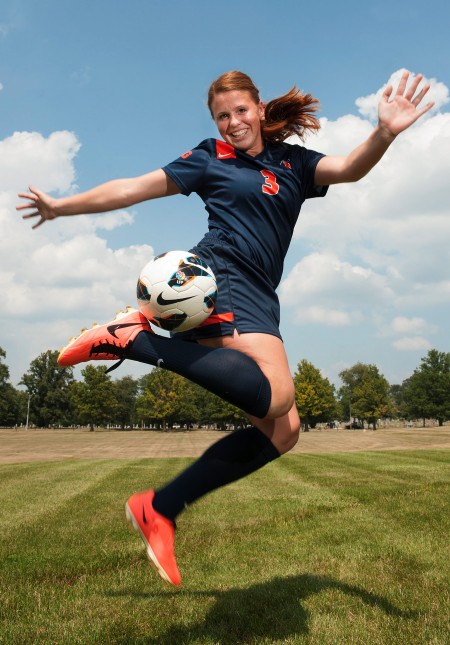 We asked a few Illini sports greats what they remember most about the day they said “I do” to C-U. Here’s Jannelle Flaws, the Glenbrook South product and two-time Big Ten women’s soccer forward of the year, who’s still at it, playing professionally in Germany.

“I remember committing like it happened yesterday. It was back in October 2008 when I called (coach) Janet Rayfield.

“She didn´t answer, so I actually left a voice message telling her I wanted to become an Illini.

“Since NCAA rules didn´t allow her to call me back, I told her I´d call again and did 10 or 15 minutes later.

“She hadn´t heard my nervous message so she got to hear it for the first time while I was on the phone.”