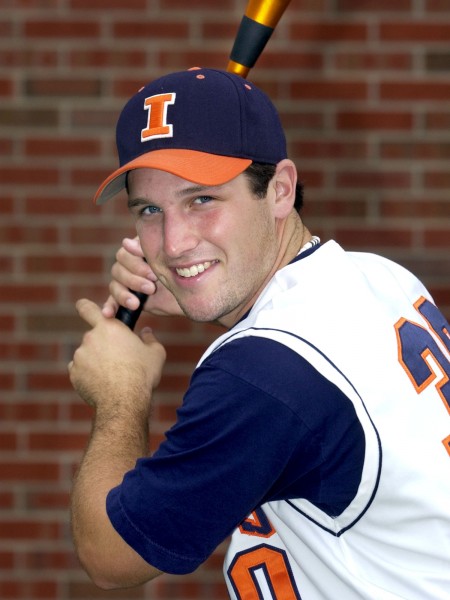 But to the poor visiting women’s soccer teams that had the misfortune of taking on the Illini in 2004, Chris Robinson is something else entirely.

The G-rated version: a giant pain in the rump.

We’ll let him tell it:

"My junior year, we adopted the women's soccer team as our 'sister' team. They were great in supporting us as well that following spring.

"We took pride in tailgating before their games that fall and although we didn't know much about soccer, we figured being as loud and obnoxious as we could would allow for some sort of home-field advantage for them.

"We would roll into the soccer field and set up right behind the visiting goaltender. Our team was pretty good at the time — nationally ranked — but as the idiots that sat in the end zone verbally harassing the visiting goalie, we liked to think we had some hand in their successful season."