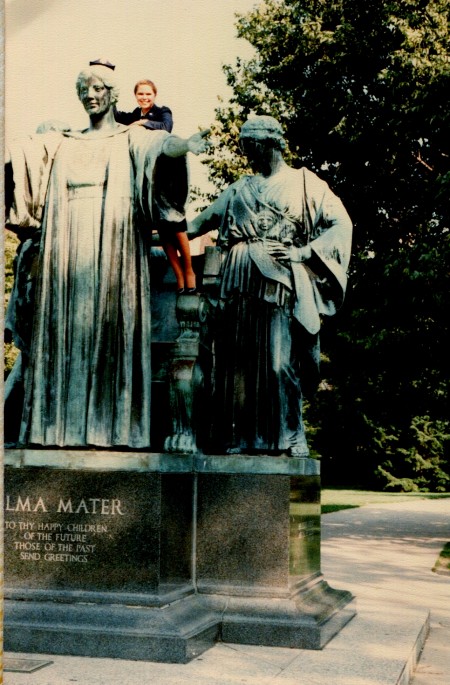 That’s Sandy Miarecki — now an assistant professor of physics at the U.S. Air Force Academy, then a UI student one day away from being commissioned into service — you see in the picture, hovering above Alma.

It was May 31, 1986, graduation day for the astronomy major, Zeta Tau Alpha sorority sister and Air Force ROTC member. “I was still in full uniform, and we were driving by the Illini Union and the Alma Mater as we were driving out of town, perhaps for the last time,” she remembers three decades later.

“I can’t remember how I knew about this idea, but I had probably seen a photo of someone else doing this. I asked my father to turn around and park, so we could take a photo of me with the Alma Mater.

“It wasn’t an ordinary photo, but rather I climbed up onto the statue — which was no easy task wearing a skirt and heels — and had my photo taken. I even put my military hat on top of old Alma.

“It was a priceless moment, especially when my father kept taking photos of me trying to get down — unbeknownst to me.

“I am so glad to see her new refurbished self, ready for action again.” 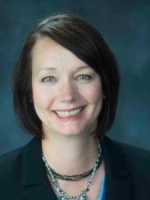 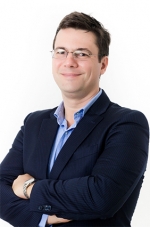