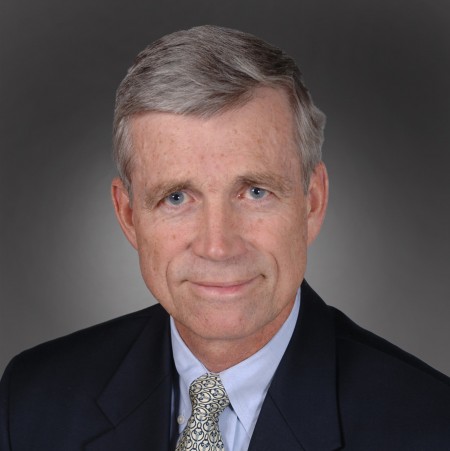 Among the invaluable life lessons Tom Colberg learned during his UI days was one about the power of persistence and finishing what you started.

“I pursued two degrees consecutively — first a bachelor’s in poli sci followed by graduate work in linguistics. As a James Scholar and future Bronze Tablet honoree, I had been privileged to take an introduction to linguistics course as a freshman taught by Professor Braj Kachru.

“I took a few more linguistics courses over the next four years as undergrad electives and then stayed on, inspired by the work of linguists like Chomsky, Ross, Geiss, Morgan, Kisseberth and others.

“As sometimes happens, life events led to modification of my original plan for an academic career and I left campus after two years of study without the expected graduate degree. One of my subsequent jobs was a stint in Washington, D.C., at the Office of Management and Budget in the international division.

“On a flight from D.C. back to Illinois to visit family, I discovered to the surprise of both of us that my seat mate was Professor Kachru, now the dean of the department. We talked and he encouraged me to expand a paper I had written as a graduate student and submit it to him as my master’s thesis. I did so and finally completed the requirement for the degree a few months later.

“I am grateful to Professor Kachru for his original inspiration and later kindness and counsel. A happy if belated ending to top off my six years of study at UIUC.”