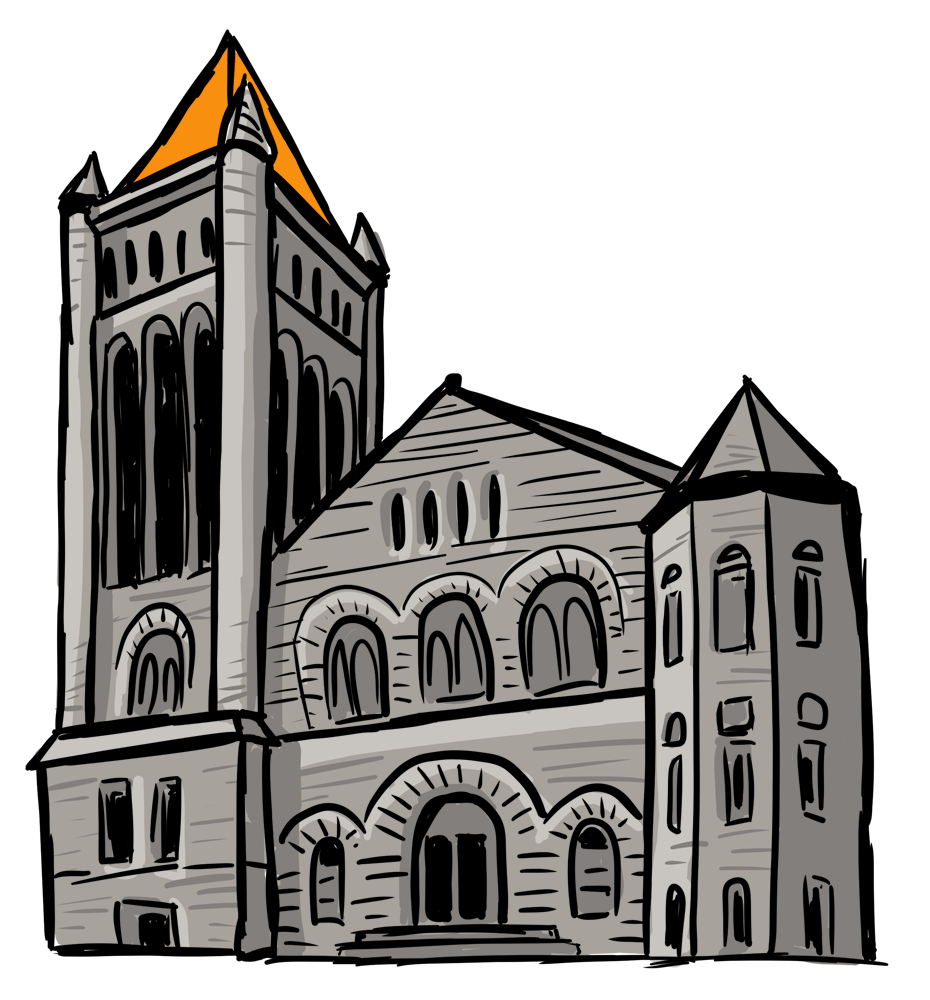 As much as he loves Alma (“the ‘happy children’ engraving says it all — still”), it’s the building behind her that Zeglis cherishes most. “Altgeld Hall is where my father went to law school and kicked off the success-through-education theme that the family still abides by, almost religiously,” Zeglis says.

Altgeld is also where ...

— One Sunday afternoon in late April of her senior year, future Kohl’s director Sarah Ryan averted a near-disaster while cramming for the CPA exam, just days away.

“I left to get something to eat and when I got back, the building was locked,” she says. “I didn’t know they locked the building but found out it was locked at 5 p.m. on Sundays. I was able to look in a window into the classroom and see my books. They were so close but I couldn’t get them. I was panicked since the CPA exam was in early May.

“I didn’t think I could afford to not have my books for the remainder of the weekend and possibly lose them if I left them. I thought about different ways I could get in the building. I was lucky to find a policeman who was able to open the doors for me. He escorted me to the classroom and I grabbed my books with great relief.”

And yes, she passed the exam.

— Mark Fera — then a young biomedical engineering major, now an executive with Ernst & Young — had his breath taken away when he walked inside for the first time: “It was grand. The ornate walls, intricate tile work, winding bannisters were all very impressive and inspiring. I spent a lot of time there, and it was one of my favorite places — save some very challenging classes — on campus.”

— Local legal giant Dick Thies celebrated graduation from law school ... six-plus decades ago: “I was a member of the last law school class to graduate from that beautiful building. We have an original painting of the building done by Judy Ikenberry that hangs in our law office. Regrettably, the current law school building built on the site of the horse stables just doesn’t have same character.”