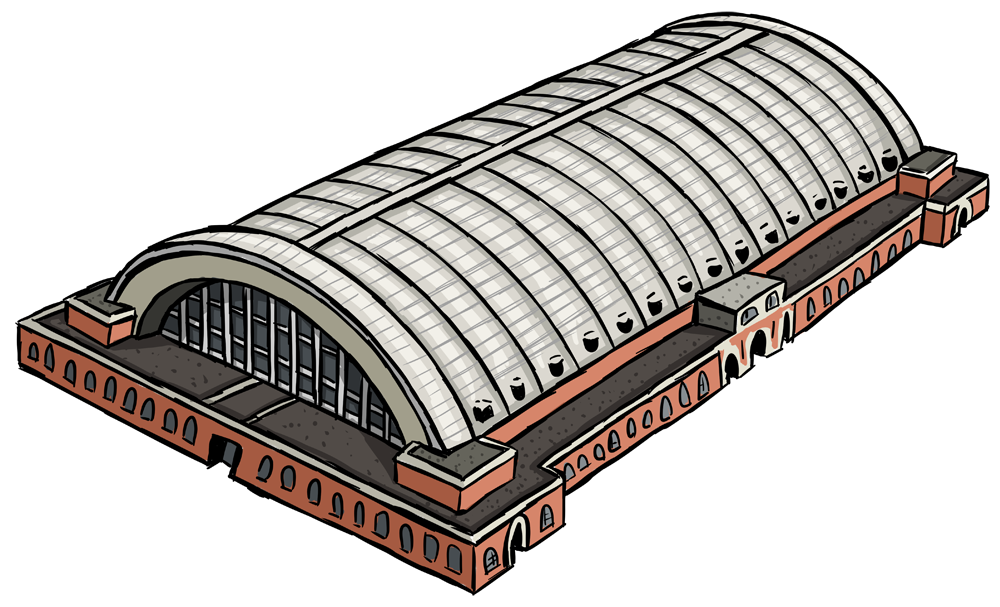 “My husband Victor and I met at the Armory,” says the three-time Olympian. “He was running track for Mizzou, and Illinois was hosting a meet during the indoor season. It was 1993 — we were both seniors at the time. I had just come off of an Olympic summer and he was preparing for the NFL draft. “We started dating the day we met and have been together ever since. I will always be grateful for the Armory. Not only did I run fast times there and train to be a three-time Olympian and 25-time Big Ten champ but I also met the love of my life there.”

The Armory is also where ...

“Not a lot of people know that it’s one of the oldest buildings still standing on the original campus,” she tells us from Honolulu, where she’s stationed, at the Pearl Harbor-Hickam joint base. “The U of I was one of the first institutions to host an ROTC unit from every branch — more than 2,000 cadets resided in that facility during World War I.

“Being an active duty officer today, we are constantly reflecting on those that served before us but I guess I got my military pride earlier at the U of I. I’m the first in my family out of 62 to become an officer and I can’t think of any better place to have earned my commission into the best Air Force the world has ever seen.”

— Now-Nike global sportswear communications director Jered Thorp found the most picturesque view of campus ... after scaling the roof. “Disclaimer: This probably isn’t legal and isn’t necessarily safe,” he warns, but “the roof of the Armory is something that changed my entire perspective of campus.

“A buddy and exceptional ROTC leader showed me a ‘secret’ hatch in a top-floor classroom, which will remain unnamed for safety sake. Once through the hatch, a short scurry up the curved roof led to a flat lookout that was a 360-degree view of Illinois’ finest university. Coming down is more challenging.”

— Kiah Morris put on her director’s hat. The now-Vermont state representative recalls “many nights running rehearsals for ‘The Rocky Horror Picture Show’ in classrooms on the top floor. Lots of pizza deliveries to that place. In fact, one night we cast one of the delivery people in the show when a member dropped out.”