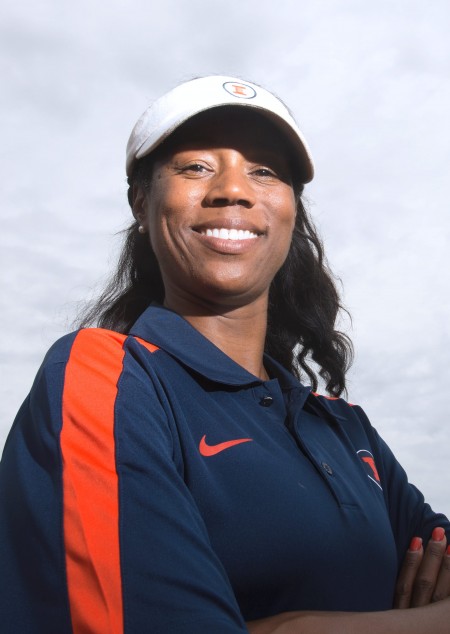 “My husband Victor and I met at the Armory," says Illini track and field legend Tonja Buford Bailey, the former head coach at Illinois (2008-13) and associate head coach at the University of Texas (2013-18). "He was running track for Mizzou and Illinois was hosting a meet during the indoor season.

"It was 1993 — we were both seniors at the time. I had just come off of an Olympic summer and he was preparing for the NFL draft.

“We started dating the day we met and have been together ever since. We've been married for 19 years.

"I will always be grateful for the Armory. Not only did I run fast times there and train to be a three-time Olympian and 25-time Big Ten champ but I also met the love of my life there.

"Yayyy to the UI Armory.”