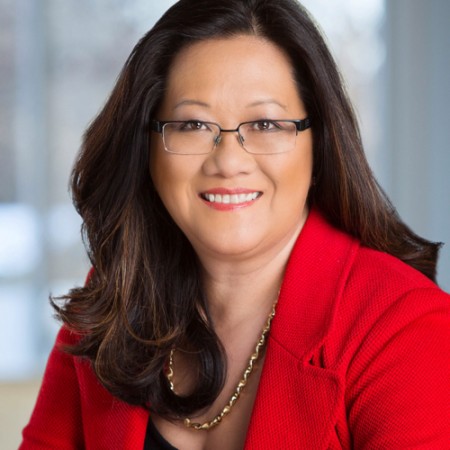 “I was one of those rare people who lived in the dorms for my entire time at UIUC,” says former BP executive and Class of ’91 grad Anna Catalano. “The place that I remember most was the lobby of the Taft-Van Doren Residence Hall, where I met my future husband, Joel.

“I was a sophomore, and he was a freshman. I was selling tickets to a dance, and tried to get him to buy one, but he said he refused to do so.

“Over the next few months, we became good friends, started dating, and then dated for the rest of our UIUC years. Both of us became RAs in the Fourth Street Residences, and were married after he graduated in 1983.

“Great memories of campus — many lunch dates in the Union, concerts at Krannert and walks on the Quad. We loved our times in Champaign-Urbana.”