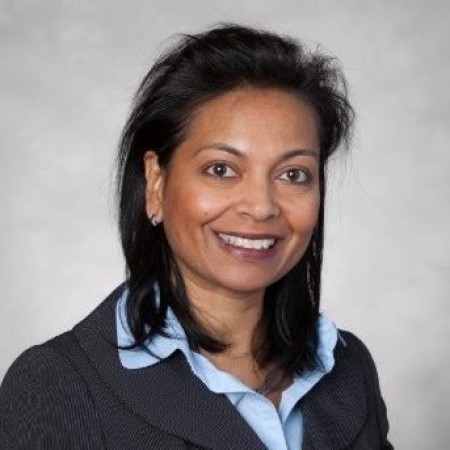 An ode to the Illini Union, by an electrical engineering major turned intellectual property attorney who never got tired of the place:

“As an undergraduate and even now as an alum, it represents the past, present and future of the institution,” Indira (Gunda) Saladi (’90) says from Chicago, where she’s one part attorney, one part entrepreneur and one part philanthropist.

“Past: The history of the university. Seeing the portraits of famous alumni leaders inspired me, and was fodder for my dreams and ambitions, and kept me going despite challenging engineering classes. Looking at the faces of so many distinguished alumni, I came to realize that I too had potential and that I too had a responsibility to serve in whatever capacity I could.

“Present: The Union was where I went to recharge and where I found a comfy coach to grab some zzz’s. It’s where I went to meet up with friends. I spent many, many hours in the Vending Room doing calculus problem sets.

“Future: The Union was where I attended career fairs, met people from across campus and held meetings that led to important initiatives, (such as) the Engineering Career Fair that has turned into the current day Engineering Expo. Now, the Union is my first stop where I return as an alum.”

The former managing director and director of patents at Accenture LLP, Saladi has since 2012 endowed a scholarship — the Indira Gunda Saladi Engineering Research Prize, which is awarded each year to one ambitious student in the UI’s Department of Electrical and Computer Engineering.