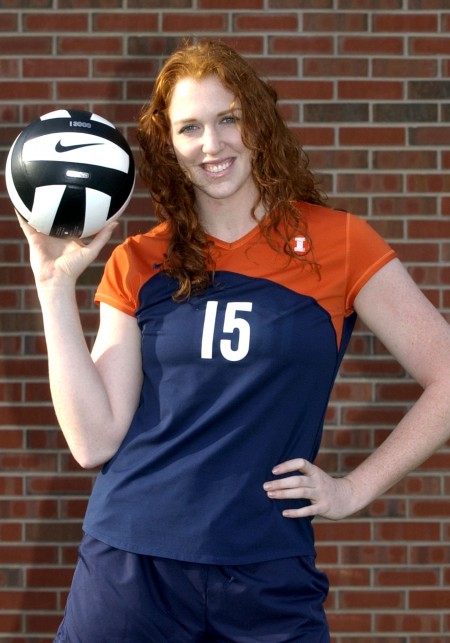 What took place before home volleyball matches at Huff Hall in Rachel (VanMeter) McClellan’s day was almost as memorable as what happened during them.

“We always blasted the stereo in the locker room and stood on our stools, dancing and singing our hearts out. It was a great way to connect with each other and get all of that nervous energy out," says McClellan, sixth all-time in kills at Illinois and a member of the 2005 all-Big Ten first team.

“Another big memory was when we beat USC at Huff Hall, breaking their 52-match winning streak. We all fell to our knees on the court, screaming and pumping our fists.

"I’m pretty sure there were some tears of joy cried and tons of laughs, sweaty hugs and high-fives," says McClellan, now living in Georgia and the co-owner of FIT4MOM of Chattanooga, Tenn.