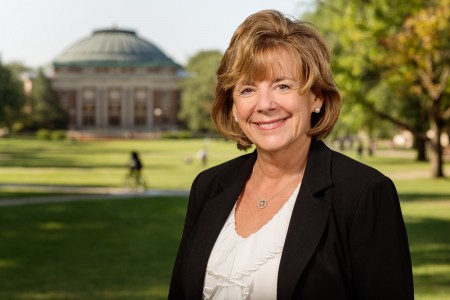 During move-in week ’19, we asked UI administrators and faculty members to tell us a story about their own experience of leaving home for the first time. Here’s three-degree Wisconsin-Madison grad and former UI interim chancellor Barb Wilson, who joined the C-U faculty in 2000 and now serves as executive vice president and VP for academic affairs for the UI system.

“I was 17 when I left my small hometown of Appleton, Wisconsin, to attend the University of Wisconsin at Madison. I remember that my mom was so sad to say goodbye that she stood at the elevator and then decided to walk down eight flights of stairs in my high-rise dorm so she could cry alone.

“And I felt just as lost. The campus seemed huge, I didn’t know anyone on my floor — including my roommate, who spent all her time with a boyfriend — and most of the students in my residence hall came from Chicago or the East Coast.

“In those days, there were no organized events to help people get acclimated and very little attention was paid to orientation. One thing I could not figure out was the meal plan. I knew we had paid for one but I wasn’t sure where the commons was or how to pay for the food.

“I was a pretty timid young person and I didn’t want to look clueless. So, for the first week I ate breakfast, lunch and dinner at the McDonald’s down the street. It was pretty awful and not particularly healthy.

"More importantly, I was running out of money. After about a week, I finally broke down and went to the front desk to ask where the cafeteria was and how I was supposed to use it.

“The person at the desk looked at me like I was an idiot. He asked my name, gave me a pack of meal tickets, and pointed in the direction of Gordon Commons.

“I tell new students this story to remind them that everybody is scared and uncertain in the first few weeks. The good news is that universities do a much better job of helping students figure out the ropes during those early weeks.

"And those of us who work at universities need to remember that no questions are stupid and we should be looking out for students who seem like they need assistance.” 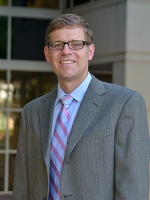 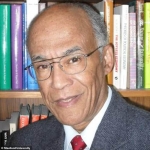