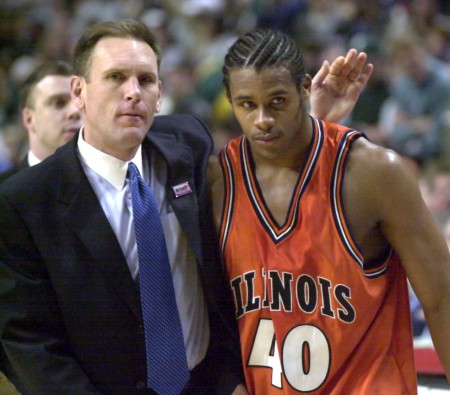 Forty years later, Rob Judson (BA ’80, liberal arts) still remembers exactly where he was when he laid eyes on the future Mrs. Right.

“It was September of my sophomore year,” says the former Illini guard and assistant coach. “After class in Altgeld Hall, I was on my way to the Quad when I saw an absolutely beautiful freshman girl named Kim McCarty. We had met during new student week, so I went over to her and we talked a while.

"I asked for her phone number and called her the next day to set our first date.”

Rossow: 10 questions for Northern Illinois coach
2000: Sticking with Self 'a win-win-win situation for everybody'