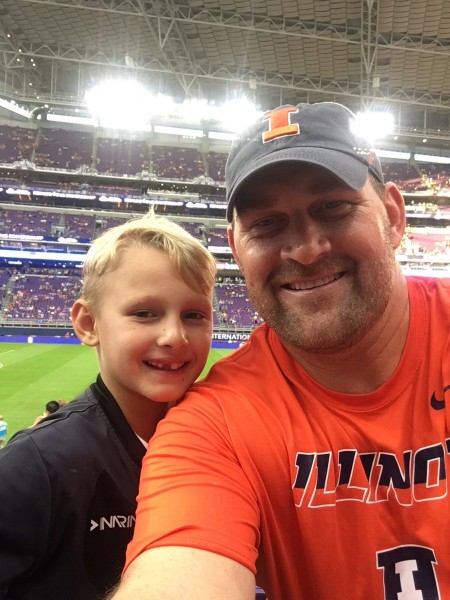 “While I have many wonderful memories of my time on campus — academically, socially and athletically — my mind goes immediately to Illinois Field, home of Dan Hartleb and the baseball team,” says Andy Kortkamp, then a walk-on catcher and since 1995 an executive with General Mills, now based at headquarters in Minneapolis.

“Specifically, I’m reminded of the lonely seclusion of the home team bullpen, where I, in the fall of 1991 spent countless hours paying my dues before eventually earning a starting role behind the plate for the Illini each of my last three years.

“Those hours — most of which were spent in an effortless catcher’s squat that my current 43-year-old self could never endure — played a major role in shaping my ambition, work ethic, grit and competitive mindset in a way that I didn’t recognize until much later in life.

“I like to think that I still carry with me today a walk-on attitude, which, when paired with a University of Illinois College of Business Administration education, has served me well in my personal and professional life.”