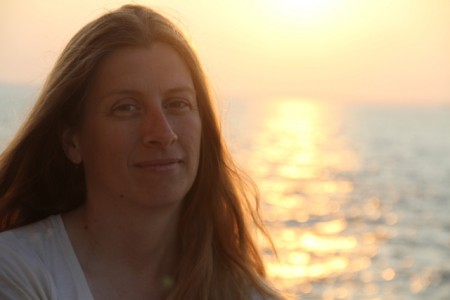 Cris Graves' spot is the green room that sits outside the scene shop at Krannert Center for the Performing Arts.

“A small, poorly decorated and unassuming room — yet it’s where many of my most lasting friendships began, it’s where I forced myself to beat back my demons of shyness and it’s where I earned my nickname at the time — ‘the actors technician’ — given to me by my favorite mentor and teacher, Tom Korder,” says the LA-based producer/writer, who in 2007 won a Primetime Emmy in the outstanding reality/competition program, for ‘The Amazing Race.’

“When I came to the Theatre Department, I was a very shy young woman who had just come from a tiny undergraduate program and was now in the U of I’s huge conservatory program, so, I decided I should do two things to be the best technical director/designer I could be.

“One, I should talk to the actors who would eventually have to act on the scene designs I was creating and make them their own. Two, if I forced myself to eat lunch out in the green room every day, I would come into contact with the wildest bunch of fun-loving people on the campus — those students in the acting program — because that’s where their lockers were, and I would have to come out of my shell.

“I was right on both counts and I am a better TV producer, writer and director because of that small unassuming room with a giant amount of energy. And I have some of the best and most talented friends, ones that to this day I continue to collaborate with on projects like short films, all because I chose to step out of my comfort zone and engage in that green room.” 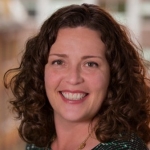 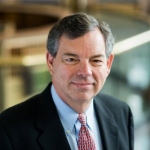