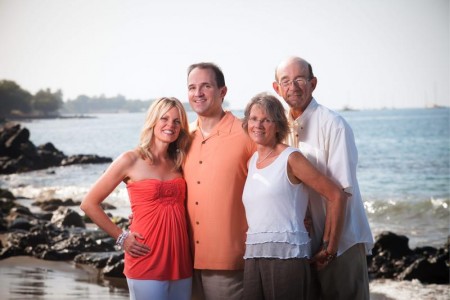 These days, the spot on campus that makes Philip Sarnecki the happiest is the coaches locker room at State Farm Center, where Brad Underwood hangs his blazer, ties his tie and gets ready for game time.

Or, as the space is known in the official arena brochure, the Robert Sarnecki Coaches Locker Room.

Robert Sarnecki, Philip’s dad, didn’t have the kind of job that typically warrants such recognition. A janitor on campus for 30-plus years, “he didn’t make a ton of money,” Philip says, “but he was a great dad and he worked really hard to take care of his family. Both of my parents worked very hard and made a lot of sacrifices so they could do things for us kids. I certainly wouldn’t be where I am today without them.”

So when the opportunity to honor him presented itself in 2014, during the State Farm Center’s $170 million renovation, his son seized it, writing a $500,000 check to his alma mater for the right to name the coaches locker room whatever he wanted.

“It was a way to honor him and really, everyone (at the UI) like my mom and dad who kind of worked under the radar and never got any public recognition for all of their hard work and dedication,” says the St. Joseph-Ogden High grad, now the managing partner of Northwestern Mutual of Overland Park, Kan., and an executive film producer.

Sarnecki is an alum of influence, hosting top UI coaches and athletic officials in his home, which comes complete with an orange-and-blue full court in the basement and the big Chief Illiniwek painted on the wall.

Growing up in Champaign County, there are few places on campus he hasn’t visited. But there are two in particular that he remembers most fondly from his college days.

“The first is the ‘downstairs’ bar area at my Aunt Ginger and Uncle Raymond’s restaurant, Timpone’s. I would stop by for mushroom/pepperoni pizza. I’d call Aunt Ginger and then stop by and sometimes have lunch with her. Sometimes, I’d just pick up the pizza and head on home or wherever I was headed. I would take friends by and introduce them to the best pizza on the planet.

“Different people — Illini coaches, ADs, professors, UI alums and athletes, sometimes quasi-famous — would come through and I’d have the opportunity to chat with them.

“When things were going well, I’d go ‘upstairs’ to eat dinner with a date. It was a place I went as a kid and was one of my first jobs as a busboy when I was 15 years old. The opportunity to stop by or hang out when I was in school just made the UI seem even more like home than it already did, which was a lot since I grew up in Homer and St. Joe.

“The other was our living room at our house at 110 Stoughton. I lived there my junior year with Steven Mueller — a former UI football player and now retired Navy Seal, Army Ranger and Green Beret — and Jason Verduzco, the former Illini quarterback.

“The living room just kind of became a place to hang out. We’d watch UI game film, ballgames, whatever, and people would stop by all the time to just hang out, watch a game and chat. Johnny Wright and his now-wife, Laura, and myself and my girlfriend at the time would play a lot of bridge over there — yes, bridge.

"A lot of players came by — mostly football: Johnny Wright, Jeff Kinney, Jeff George, but some basketball and baseball players as well.

"The house is no longer there — it was torn down awhile back for a new development — but some of those relationships are lifelong and a number of those guys are still good friends of mine today, 25 years later." 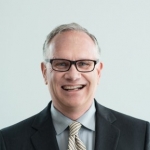