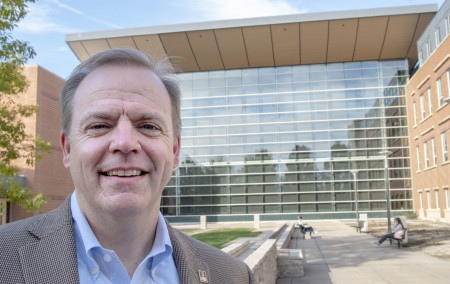 Where were you the night of Nov. 9, 1989, when the Iron Curtain crumbled with the falling of the Berlin Wall?

Jeff Brown, a Miami (Ohio) University senior at the time studying abroad in Luxembourg, was in Berlin — perched atop the wall at Brandenburg Gate with friends. They’d sought a chance to experience history first-hand, caught a train to Germany’s capital city and pulled an all-nighter on the Berlin Wall, as the photo in that week’s Time magazine showed.

Where were you the morning of Sept. 11, 2001, when the first hijacked plane struck the first tower in New York, the beginning of the deadliest terrorist attacks on American soil?

Jeff Brown, living at the time with his family in Alexandria, Va., had gotten a later-than-usual start to his morning commute and was stuck in D.C.’s infamous traffic — on I-95, just outside the Pentagon. He was on his way to the White House, where he served as a senior economist on President George W. Bush’s Council of Economic Advisers.

As unforgettable as those two moments were, it’s another date that tops Brown’s favorites list these days — Oct. 26, 2017, when UI grads Larry and Beth Gies announced their $150 million gift that keeps on giving to the college Brown has overseen since 2015.

Today, the Ohio-born Gies College of Business dean — who in 2022 will mark 20 years in C-U — fills us in about some of his other most memorable places and spaces closer to home.

In late June 2015, former Provost Ilesanmi Adesida invited me to his office in Swanlund Hall to inform me that I was going to be the next dean of the College of Business.

Serving as dean of Gies has been the most rewarding, challenging and exciting opportunity of my career.

I would walk them through the atrium of the Business Instructional Facility during the middle of the day when this beautiful space is alive with students working, eating and socializing. It is the physical heart of Gies Business.

Where I interviewed for my first job at Illinois

I gave my research seminar in 240 Wohlers Hall, which is now just two doors down from my office as dean.

After 20 years on campus, I pretty much feel like this university is my home.

The one structure that should never be messed with, no matter how old it gets

Foellinger Auditorium, which I consider to be the most iconic building on our beautiful campus.

My favorite place to think

I’d have to say “the sidewalks” because I do my best thinking while walking across campus.

My favorite place to grab a bite to eat

I’d have to say Noodles & Co. Before my schedule as dean made it less common, I used to eat there frequently with my colleagues in the finance department, and thus I associate it with friendship and collegiality.

My favorite place without walls

The Alma Mater statue, of course.

JEFF D'ALESSIO FROM 2020: Beyond the Boardroom with Jeff Brown
JULIE WURTH FROM 2015: Brown picked to be next dean of UI College of Business 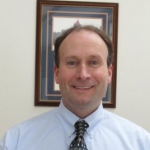