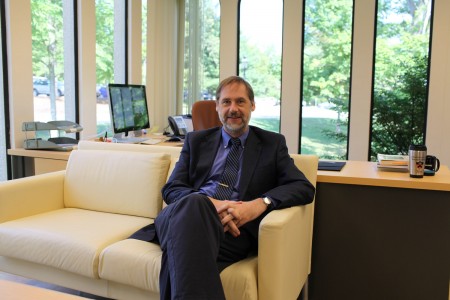 Lucky for him, Jim Stone’s first year of grad school at Illinois just so happened to coincide with the establishment of the National Center for Supercomputing Applications, opening a whole new world of opportunities for tech-savvy students on campus.

“Several prominent faculty at the U of I — especially Larry Smarr in Astronomy, who became the first director of the NCSA — had argued successfully to the National Science Foundation that there was a lack of access to high-performance computing systems for open research in the U.S.,” says Stone (Ph.D. ’90), who now chairs Princeton’s Department of Astrophysical Sciences.

“As a result, the NSF established several national computing centers around the country, but the most prominent and successful in the early years was NCSA.

“I remember the first Cray X-MP being installed in the machine room on the second floor above the graduate student offices in the old Computer Applications Building, which also served as the home for the department of astronomy. Having that machine literally above my head when I was in my office inspired me to use it for research in astrophysics, and I have spent my career continuing to do just that: use HPC to solve problems in astrophysics.

“It was the foresight and leadership of people like Larry Smarr, Dimitri Mihalas and Mike Norman that put me on that path, and for that I am forever grateful.” 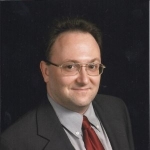