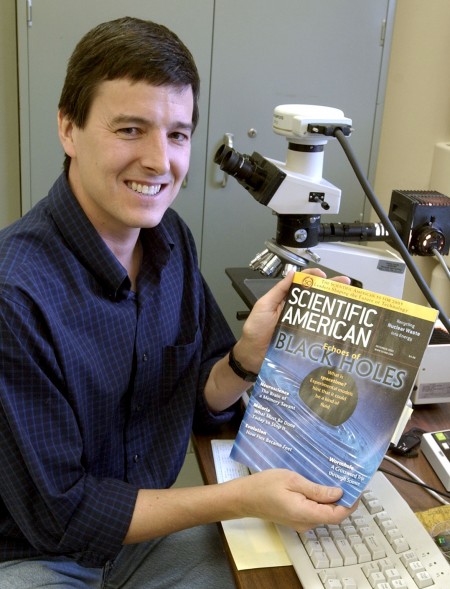 If he didn’t hustle, John Rogers was going to be late for a Saturday morning play date with his son at Atkins Tennis Center.

So the Swanlund professor, who at the time was at least on the UI’s most-likely-to-win-a-Nobel short list, got in his car and got a move on it.

He was almost home free when he saw the flashing lights in his rear-view. We can only assume that the officer wasn’t aware of the bioelectronics pioneer’s CV when he got out of the car.

“In an attempt to avoid being late, I drove a bit faster than I should have on St. Mary’s Road, a narrow road that was, back then, little more than a cow path running behind Atkins," Rogers recalls. "As I pulled into the parking lot, I was shocked to see that a police car was following behind me with the lights flashing — evidently, I was busted by speed trap set on Saturday morning.

"Without mercy, and with my stunned 7-year-old son and my wife looking on, the policeman ticketed me at 8:04 a.m. in the parking lot of Atkins for traveling 14 miles per hour over the limit on St. Mary’s Road," he says.

In a completely unrelated development: After a 13-year run at the UI, Rogers left in 2016 for Northwestern.