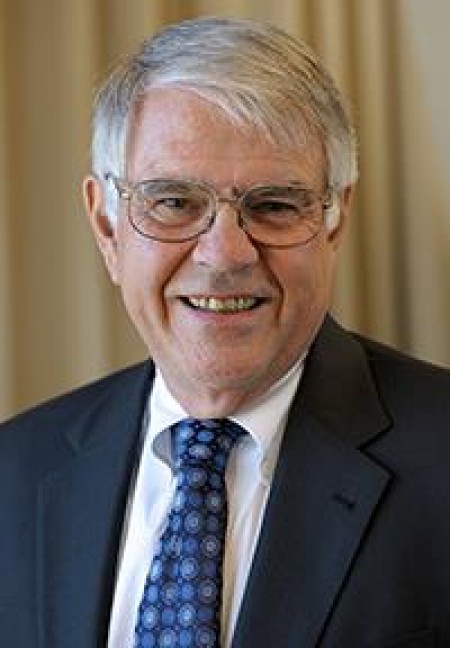 Fontaine Richardson had been in town for all of a couple days in the fall of 1964 when the math grad student happened upon an open house taking place at the Digital Computer Laboratory.

He stepped inside and what did he see?

“The home-built Illiac II computer. It was playing music that had been composed with the computer’s help. The computer occupied two floors of the building and when authorized, you could walk around and through the computer. There were lots of blinking lights. I was in awe,” says Richardson, who in 1968 received just the second computer science Ph.D. ever awarded by the UI and would go on to a career in the field that landed him in the Illinois College of Engineering’s Hall of Fame.

“In 1966, after finishing all my requirements for a math Ph.D., I took the opportunity to pursue a newly offered Ph.D. in computer science.

“The original Digital Computer Laboratory building has been expanded at least twice. It is still possible to see where the original building was. Iliiac II has long been supplanted by single chip.”