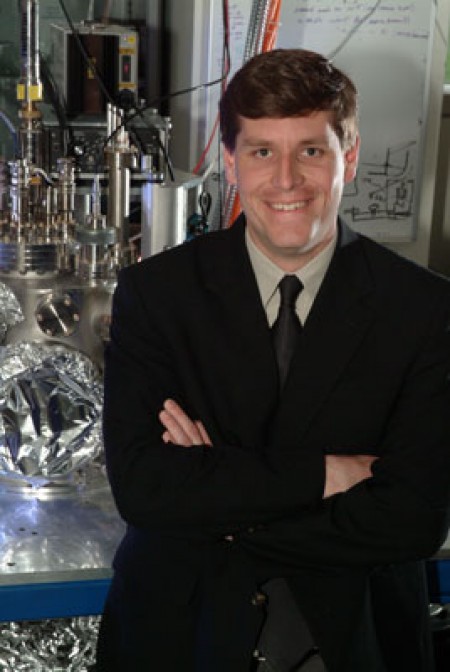 “No offense to the Morrow Plots,” says Mark Hersam (BS ’96, Ph.D. ’00), “but I believe that a U of I campus tour is not complete without a stop at the Beckman Institute.”

And that’s coming from a genius — the less-formal alias of the grants awarded to a fortunate few each year by the MacArthur Foundation. Herman won his in 2014, one year shy of 40, and well into the materials scientist’s research as a professor at Northwestern University.

But back to Champaign-Urbana, where Hersam arrived after earning valedictorian honors at Downers Grove South High School.

“As an undergraduate living in the Six Pack, anything north of Springfield Avenue might as well have been on the other side of the planet,” he says. “So, when I was asked to visit the Beckman Institute to interview with Professor Joe Lyding for an undergraduate research position in his laboratory, I was shocked to find this cathedral to science on the northernmost edge of campus.

“In addition to its soaring lobby, I soon learned that the Beckman Institute housed some of the most sophisticated scientific instruments on earth. The ultrahigh vacuum scanning tunneling microscope in the laboratory of Professor Joe Lyding captured my imagination and inspired me to pursue a career in nanoscale science and technology.”