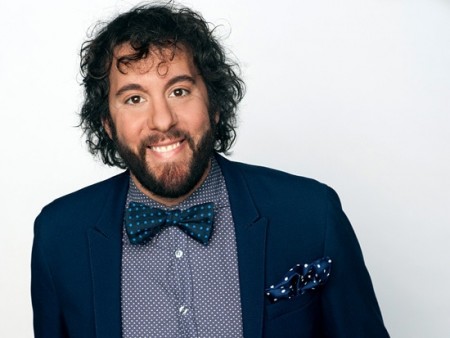 Long before he played Oleg the sex-crazed Ukrainian chef on ‘2 Broke Girls’ or traveled the standup circuit doing spot-on impersonations of Tom Hanks and Liam Neeson, Jonathan Kite was a proud member of the longest-running comedy troupe at the UI.

Those were the days, says the LA-based funnyman, who close to 30,000 @JonathanKite followers know on Twitter as “the love child of Billy Joel and an owl” and an “original member of The Jonas Bros.”

“During my four years at UIUC, I was part of the improv group Spicy Clamato,” says Kite, who earned his BFA in theater from the UI. “Performing and rehearsing with them around the Quad was one of my favorite parts of college — especially when we got to do the Courtyard Cafe.

“I still keep in touch with a bunch of its members and would love to come back down and perform with the current group some day.”