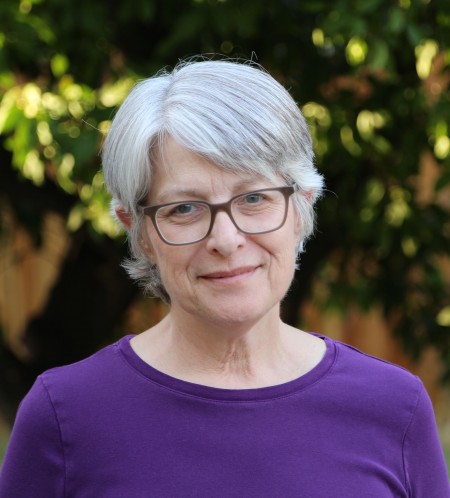 She’s played a judge (on ER) and a jurist (LA Law), a nurse (The Young and the Restless) and what her IMDB page calls “testy woman” (Melrose Place).

But before Petrea Burchard went Hollywood, or narrated her first audiobook, she was a kid who lived in the dorms, craved Manzella’s pizza and, well, wasn’t afraid to speak her mind.

Among her most vivid memories: acting classes at Krannert Center, particularly the day the class was assigned to “be honest with our chair.”

1. “Bromley Hall freshman year, Barton Hall sophomore year, and the friends I met in both.”

2. “908 West Nevada Street, a four-plex apartment probably built in the 1920s or so, with a shared balcony on the second floor and a fireplace in each apartment. It’s gone now, replaced by something new and absolutely free of character.”

3. “Seeing movies at the theater on Green Street in Champaign — ‘Young Frankenstein,’ with my sister and our friend Larry, laughing until we cried, and ‘Star Wars,’ the birth of a new mythology.”

4. “Loose dogs on the Quad — we shared our lunch with them.”

5. Concerts at the Assembly Hall — Jethro Tull, Jefferson Starship, War sans Eric Burdon, the J. Geils Band and I believe it was REO Speedwagon that gave me tinnitus when they were the opening act for another band. Not their fault, I was too close to the speakers, but I still blame them.”

6. “The Red Lion. It’s about the only thing I recognize on StreetView anymore.”

7. “Manzella’s pizza. Never since have I had pizza that good.”

8. “School? Oh that! I don’t remember much school, though I know I got a degree and have always been glad to have it, along with the people I met at the University of Illinois who are still my friends.”