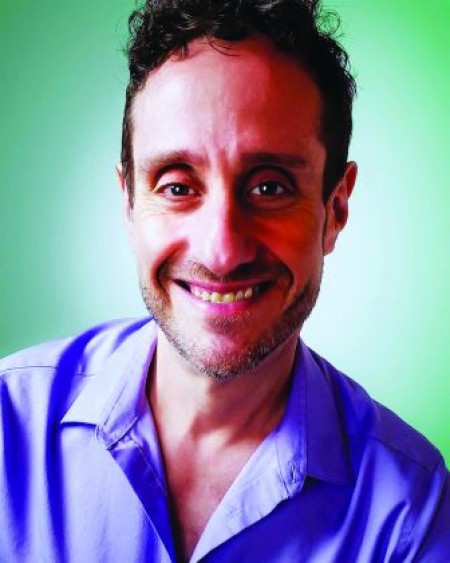 He’s become one of Illinois’ most-watched TV stars, standing a socially distant-safe six feet to Gov. J.B. Pritzker’s right from 2:30 to 3:30 for the past 52 afternoons, interpreting terms like “coronavirus” and “pandemic” for the Deaf.

“Ted Supalla was an adjunct professor in the psychology department. He also happened to be Deaf. He taught my very first course in American Sign Language and introduced us to the complexities of Deaf culture.

“At the time, I thought the sign language class would be just an amusing lark which gave me three elective credits I needed toward graduation. Little did I know then that it would lead me on a path with an intricate constellation of events which guided me toward my current career as an interpreter.”

It’s been three-plus decades since Albert could order a slice of his favorite C-U pizza (Garcia’s, for the unique crust and “slightly sweeter sauce”) or swing by Dennis Vidoni’s office at the UI Counseling Center (“a kind and compassionate mentor”) but he still has vivid memories of his favorite college stops.

— The late, great Coslows. “Notable for serving a wide range of beers from more countries than I thought made beer. So, often, after milestones — finals done, someone’s birthday ... Thursday — groups would go there to ‘drink our way around the world.

"Ironically, I never liked beer. But being able to endure sips from Yugoslavia to Korea taught me that my dislike wasn’t just an American thing, but an international phenomenon. The fellowship was always great.”

— Chester Street. “The gay bar of Champaign. I came out during my time at the University of Illinois, and Chester Street was a very important part of my formative experiences — my first dance with another man, my first same-sex kiss, my first exposure to all of the essential music I needed to know to be literate among my gay peers.

"It was a unique place of safety at a time when AIDS and homophobia made being gay a challenging identity.”

— McKinley Presbyterian. “It housed the LGBT switchboard where I volunteered. We provided information and referral to callers, some of whom were desperate for a friendly voice.

"That a Presbyterian center would house such a service taught me that religion and sexual orientation variance are not mutually exclusive.”

— Krannert. “A regional cultural mecca. I saw some amazing performances there.

"Since my years at Champaign, I have interpreted in and been a patron of a number of venues and theaters and performance spaces. The Krannert Center rivals the best of them.”

— Allen Hall. “Not just a dorm, but a lifestyle. The Unit One programming and the cultural events provided by the staff and RAs of Allen Hall were so unique and such a wonderful enhancement to my educational experience, which is why I stayed on for two years.” 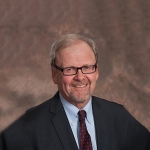