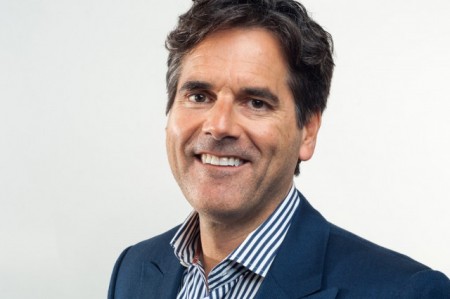 No exaggeration, Mike Buchner says: There were nights when he and roommate Gary Carter played 30 games in one sitting during “marathon backgammon sessions in the Fireplace room at the ATO house while watching 'Hawaii Five-O' episodes and drinking frozen margaritas.”

Which makes what happened at their 10-year reunion all the more humorous.

"We went to a bar in town that had backgammon and decided to play a couple games for old times’ sake," says the award-winning advertising executive. "Problem was, because we both hadn’t played backgammon for so long, we couldn’t even remember how to set up the checkers to start a game."

Four years after being named CEO of Minneapolis-based Fallon, Buchner engineered a turnaround that in 2015 led to the company being named Advertising Age's Comeback Agency of the Year.

After losing Cadillac and Purina as clients in 2013, "CEO Mike Buchner and his team went on an aggressive new-business hunt, beginning with an Arby's creative review, in which it triumphed last January," the magazine wrrote. "Along with H&R Block, the fast feeder is now the shop's biggest account.

"In total, Fallon prevailed in seven out of the 10 pitches it entered in 2014. ... The agency has fully recovered from the lost Cadillac and Purina business, with revenue rising 20 percent in 2014."