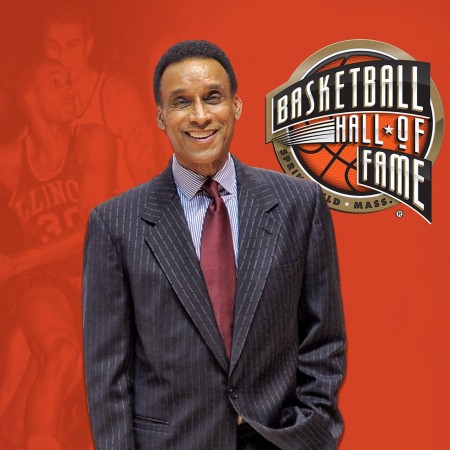 In the late 1950s, the Illini Union provided Mannie Jackson’s best chance of seeing another person of color.

“Even today, I marvel at how unique the student union is,” says the Harry Combes shooting guard turned Harlem Globetrotters owner. “The diversity of students, all of the activity ... it was like going to Disney World.”

Long before Jackson became the first African-American to own a major sports or entertainment organization, he and Edwardsville High School teammate Govoner Vaughn broke the color barrier on campus, becoming both the first black starters and letterwinners for the UI’s men’s basketball program.

He has maintained close ties to his alma mater, be it by donating $3 million in support of the Mannie L. Jackson UI Basketball Hall of Fame at State Farm Center or returning to campus to be inducted into the first Illini Athletics Hall of Fame.

“It’s kind of cool to be recognized by a place I admire so much and has done so much for me,” he says. “I’ve tried to help out as much as I could.”