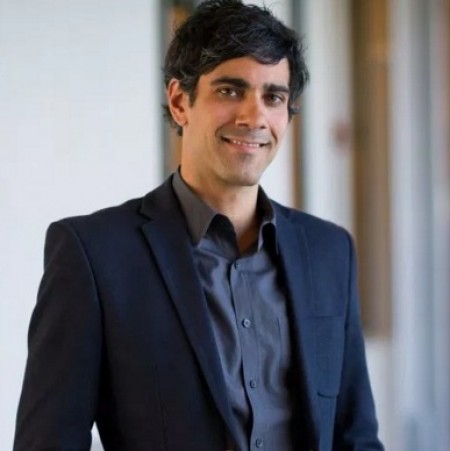 The site's users — who, as of mid-2017 had written 135 million reviews of dentists, doctors, hairstylists, mechanics and virtually every other type of profession where customer service counts — became known as Yelpers.

Catchy. So, whose idea was Yelp.com?

“I wanted to name the company yocal — a play on local yokel — but we couldn´t buy the domain name from its owner," says Yelp co-founder Jeremy Stoppelman ('99). "A co-worker suggested Yelp since it seemed to connect to both help and yellow pages, but my co-founder, (fellow UI grad) Russ (Simmons), and I both thought it was a bad idea since ‘yelp´ back then was more closely associated with the sound an injured dog might make.

“After sleeping on it, we saw the light and purchased the domain for $5,000, an ungodly sum at the time.

"Thank goodness we did — short, memorable, easy to spell, we really lucked out.”