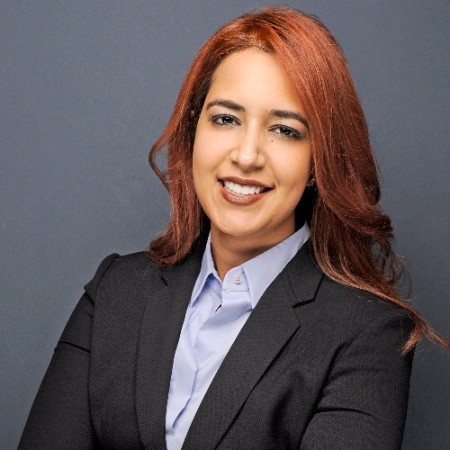 Take it from Farva Jafri, who’s heard story after story from Mom and Dad: “If you know anything about Indian-Pakistani politics, you know that the two groups, though the same people, don’t like each other all that much.

“I was born and raised in the United States, but my parents were not,” says the New York entrepreneur and 2015 UI grad, who earned both her JD and MBA in Champaign-Urbana.

“My mom was born in Pakistan, and my dad was born in pre-partition era India. When my dad was three, his family received death threats for being Muslim and were thrown out of the country.

“Madhu Viswanathan held a year-long class at the University of Illinois that allowed us to take trips abroad and work on sustainability issues in impoverished countries. It was very difficult for me to get a visa, though I was an American citizen. If you’re of Pakistani descent and try to get into India, it’s no cakewalk.

“Three days before the trip, because of Madhu’s encouragement, I was able to make a trip to India, where my grandparents are all from.

“Upon my return to the U.S., I found out from Madhu that the Indian police showed up at his elderly parents’ house looking for me. I was no longer there, but if I had been I would have been interrogated by the Indian officials.

“Madhu  went to bat for me and always supported me. His class allowed me to go to a land that’s traditionally difficult to travel to as a Pakistani-American.To this day, I seek advice from him.

“No matter how busy he is, he always makes time for me.”

Kickstarter campaign: How to donate to Jafri’s effort
From Darrell Hoemann in 2016: An educational trip to India