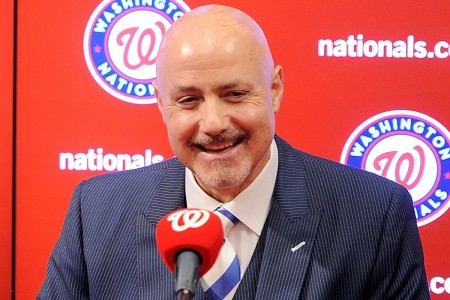 Or so the former Saint Xavier University infielder thought back in 1984 — two decades before the Washington Nationals hired him to be their new general manager.

Rizzo’s long, rocky road to the majors started with a low-paying graduate assistant coaching job at the UI, where he finished his studies a year after being released by the Angels.

“I lived in an apartment on Springfield,” he remembers. “Lived with another coach on the Illinois baseball team, Steve Arnieri. He still works for me at Washington Nationals as a special assistant to the president/general manager.”

Rizzo wasn’t in Champaign long. After Larry Hines — the Angels scouting director who’d drafted him in 1982 — was hired as general manager of the White Sox, he brought on the native Chicagoan as an area scout, covering the upper Midwest.

That led to scouting jobs with the Boston Red Sox and Arizona Diamondbacks, being named scouting director in Arizona (2000-06) and a series of promotions in Washington — assistant GM (2007-08), GM (2009-12) and president of baseball operations/GM (since 2013). 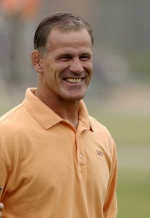