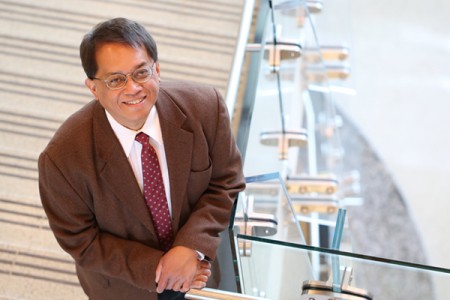 Before LGBTQ was even an acronym, Pablo Mendoza was fighting for the rights of those it was formed for.

This was the late '80s, long before Mendoza was named chief diversity officer at the University of North Georgia.

Fresh out of the University of San Diego, he was pursuing his master’s in East Asian Studies and working on the side as a hall director at Townsend Hall.

Mendoza picks it up from here:

“During the 1990-1991 academic year, a new director of housing had been hired. He had served as a bank vice president in Florida before making a career change into student affairs.

“I was one of 23 hall directors. One of the hall directors had lived with his same-sex partner in FAR-PAR for the preceding eight years. He was a strong role model for many of us younger professionals. He was one of those who we approached for guidance on different matters.

“The new director of housing decided that this cohabitation broke university policy. So he directed this hall director to have his partner leave or face termination. When we hall directors heard about this, 21 of the 23 of us wrote a letter of protest and signed it.

“For historical context of the time, the Gay and Lesbian Illini had just worked with both SGA and the Central Black Student Union to provide support and protection of LGBTQ populations in the student body. A resolution was passed in SGA Senate to encourage the university to rid itself of discriminatory policies against LGBTQ populations.

“At this meeting, we hall directors were cautioned at how signing such a letter could have a severe negative effect on our careers. This new housing director signaled to us that he would not tolerate questioning of his leadership.

“One of the area coordinators, who was a recent hire and an LGBTQ advocate, acted as an intermediary in this issue.

“Shortly after this meeting, I had an interview at UC-Davis for a resident director for a Chicano/Latino living learning community, Casa Cuauhtemoc. I left UIUC in 1991.

“The long-term effect on my career is that I’ve been an advocate for LGBTQ campus communities since I left UIUC.

“While I was the director of the University of Missouri Multicultural Center, I co-supervised the LGBTQ Resource Center until I left in 2013. While at Indiana University of Pennsylvania, I helped to develop a Preferred First Name Policy. I have served as an update editor for the LGBTQ Standards for Council for the Advancement Standards in Higher Education in 2018.”

It wasn’t the only event that happened during Mendoza’s short stay in C-U that gave him hope for the future.

“One of the resident advisors In Wardall Hall, Patricia Chou, was active in the Asian American Association. She coordinated the Midwest Asian American Students conference in the Illiini Union in spring 1990.

“She worked with peers from Ohio State University and other Big Ten campuses to lay the foundation for what would eventually be the Midwest Asian American Student Union, a 501-C-3 organization that is almost 30 years old.

“Her work was foundational to the establishment of an Asian American Advocacy group that is one of the oldest east of California.” 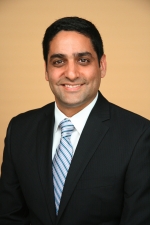