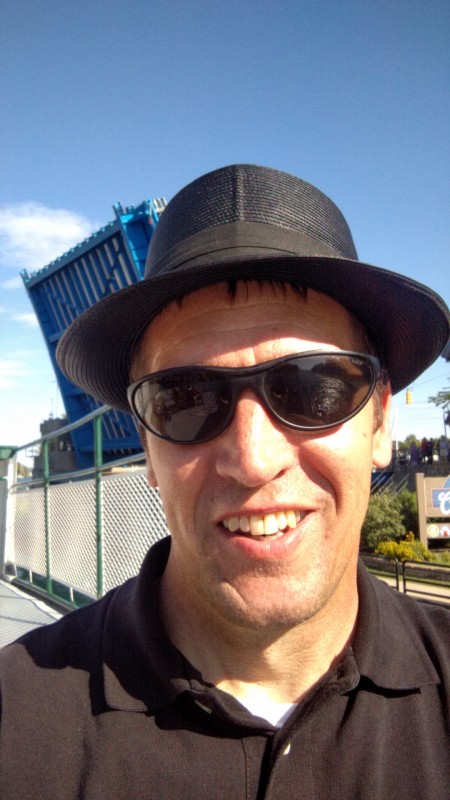 “Like most college kids,” Steve Timble can say now, “I came to the University of Illinois thinking I knew a whole lot, would make a lasting impact of some kind, meet a ton of great people and enjoy a lot of beer.

“At least I was right about the great people and the beer,” says the Wall Street Journal global account executive, who despite an active non-academic life that included a stint in an indie rock band, says he “made it to most of my classes, most of the time.”

But back to his story.

“Among all the fine memories I have about living in Champaign-Urbana, my best memories are from the House of Chin at 706 South Sixth Street. As an underclassman, I knew this building mainly for Eddie’s Lounge, located in the basement. The two-for-one happy hours combined with the shabby/chic atmosphere was a perfect place for the self-obsessed musicians and suburban outsiders I hung out with. It wasn’t until my sophomore year that I learned that there was another bar — no, scratch that, another kingdom — upstairs from Eddie’s.

“The bar two flights up was a movie set of exotic drinks, cheesy props, low lights and worn-out furniture. The House of Chin, located on the second floor, was a tiki lounge by the way of central Illinois paradise run by a group of misfit personalities that felt like both an escape and a refuge to a misguided kid looking for authenticity in a place so manufactured that it billed itself as ‘Campustown.’ And, best of all, I learned that Chin’s was looking for bands to book for Friday and Saturday nights.

“While Chin’s provided everything an idiot kid in a band with an overactive ego and libido could want, the true treasure of that run-down, second-floor tiki bar was the people.

“Scotty, who booked the bands, owned a leather shop, always wore a vest and moved deliberately and wisely like a sage tortoise from a Myazaki movie. Scotty always treated us fairly, paid us at the end of the night and was kind with an extra drink or two after we ran out of comp tickets.

“Then there was Cleveland, known to his friends as ‘Cleve,’ perhaps the kindest and least understood guy on the Chin’s staff. Cleve cleaned up at the House of Chin but his job was much bigger than that. He had a disability, of which I never knew the details, but it made it hard for him to speak clearly. This didn’t stop him from being an ambassador inside of Chin’s and out. He was there to help. Always. And I found, after getting to know him, that Cleveland was a much clearer communicator than many of my peers in the business school.

"I started understanding Cleve because he taught me how to listen, not just with my ears but my eyes, my mind and my heart. I remember giving Cleveland a hug the summer of my senior year before I left C-U for good. Today, 30 years later, I kick myself for not hugging that man more often. He taught me one of the most valuable lessons I learned in college.

“At the top of Chin’s pyramid was George Chin. This diminutive old Chinese man was a huge presence in my life at University of Illinois. He was generous with a smile and with advice and would sit down with us after gigs and enjoy a drink. He was full of wry wit and had the talent that most successful personalities in hospitality have where he could make fun of you mercilessly while still being your friend.

"He always appreciated the ‘crowds’ we brought into Chin’s and, as his humble servant, we exhorted them to tip generously as ‘Tipping is NOT a city in China.’

“George seemed to enjoy the company of young people and would flirt relentlessly with our girlfriends, glare at us when our breaks were too long and reward us when we brought out a good crowd. He gave us a place to perform that was intimate, enigmatic and perfect. He let us make it our own. And, for a group of untalented, dumb, wannabe musicians, this was more than we deserved and all that we could hope for.

“Chin’s, and the people there, were instrumental in helping my college band, Reaction Formation, figure out what it took to be successful and become better. The gigs at Chin’s taught us about our responsibility to our fans, to the places that let us play and to ourselves. The lessons we learned in that second-floor tiki bar were instrumental in giving Reaction Formation the knowledge we needed to have a fun, celebrated and marginally successful run in Chicago and the Midwest on the indie rock circuit, to release a few records and to have experiences and make friends that we would cherish for the rest of our lives.

“I still remember the day I learned of George Chin’s death in 2006. I reached out to the guys in the band. Our days playing were over and we had all pretty much moved on to adult life. I sent them an e-mail that began, ‘It is without joy that I inform you that George Chin has died ...’ I told them to call me later and, after sending, I cried not only for the loss of George, but in gratitude for what he provided to us.

“When they called, we reminisced about George, Scotty and Cleveland and those days so full of joy, discovery, hope and beer. We were lucky to know these fine people. And we were lucky to spend time at Chin’s with friends, cold drinks and the characters that gave us a chance and taught us a little about life.

“When I think back to my time in Champaign, I picture myself upstairs at Chin’s, in the dim reddish light, sitting at a round table after a show, having drinks with George, Scotty, Cleve and the boys in the band. I thought I was lucky then. Now, 30 years later, I look back and realize I was the luckiest guy in the world.”