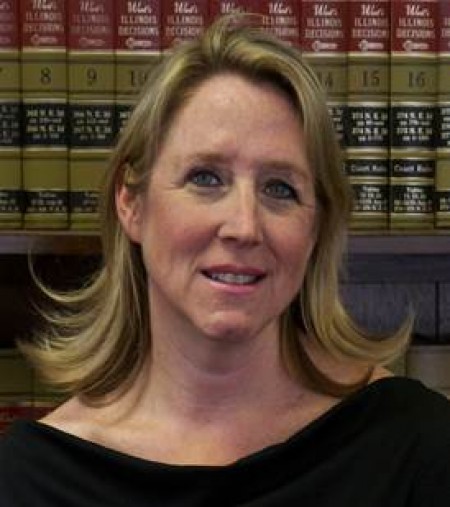 You name it, the Hon. Patricia (Sowinski) Fix has served on it.

“My love for involvement in a multitude of causes continues to this day,” says the Lake County circuit judge, who took up all kinds of them while a UI undergrad in the mid-’80s.

“My years at the University of Illinois were formative,” she says. “I immediately became involved in many student organizations. Suddenly, the school became smaller, and I became much better at managing my time.

“Some of the most instrumental mentors I had at U of I were Bob Lumsden, advisor of SAA, and Stanley Levy, vice chancellor of student affairs. I had the opportunity to work closely with them in my roles as president of the Student Alumni Association and president of the Orange Krush sprit section, as well as my work with Student 100, Student Ambassadors, Tri Delta sorority and homecoming’s Illini Comeback.

“The Union was my extracurricular activity home and hub. It was also my banking hub — the spot I went to cash perhaps too many checks in the amount of  $20, the amount my limited student budget allowed. My work with SAA and SA allowed me to network with alums through Homecoming Comeback Week, including some Illini judges.

“In my years at UIUC, I developed leadership and communication skills that I use to this day presiding over cases in my courtroom.  Another highlight of my time there was getting to speak to a packed auditorium at commencement, an experience that I drew upon in my later years as a trial attorney and prosecutor.”