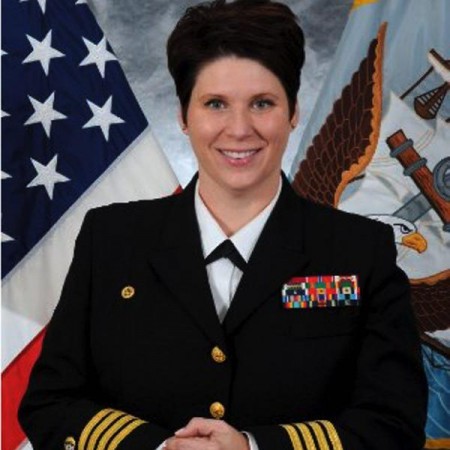 “My parents wanted me to be a business major, but I hated all the classes. I took a political science class and Speech Comm 101 as electives and was hooked,” says Glaser-Allen (BA ’92, JD ’95), now chief judge of the Navy-Marine Corps Court of Criminal Appeals. “Those courses convinced me to go to law school. ... I loved it and joined the Navy JAG Corps in 1995 because they promised immediate courtroom experience.”

She hasn’t looked back since. And 20 years since they took wedding photos inside Memorial Stadium after Father Britto Berchmans married them, the Allens may soon have reason to return to their old haunts.

“Our daughters have both visited campus with us,” Glaser-Allen says, “and it is definitely on their short list of colleges when the time comes.”