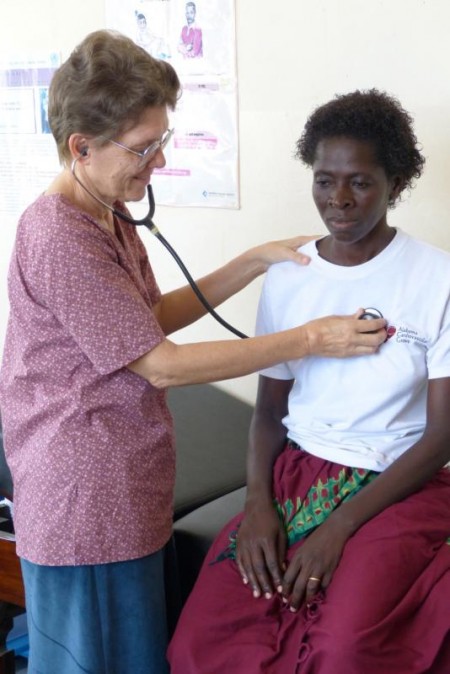 So moved was Susan Nagele by the Rev. P.J. McGuire’s homily on Lazarus and the rich man one Sunday morning at St. John’s Chapel that she asked him for a copy of his notes following the service.

“He only had notes he’d jotted down but I went away with them and reflected on what he said for some time,” she says. “It certainly had something to do with how I became a Maryknoll Lay Missioner," working in East Africa from 1985 to 2018.

As accomplished alumni go, they don’t get much bigger than the Urbana-born Nagele (BS '78, biology), a physician who spent 30-plus years caring for those who need it most in Kenya, Sudan and Tanzania.

In 2012, the American Medical Association honored her with its Medal of Valor for her “courage under extraordinary circumstances.”

In 2000, the UI’s College of Liberal Arts and Sciences presented her with its Alumni Humanitarian Award. Five years later, the UI’s Alumni Association gave her its version of the same honor.

And it all started at the Newman Center, which Nagele says was a place that focused on “reflection, discussion and challenges about faith, poverty, war, sexual mores and social justice.

“I was a bit on the pious side so it made me come out of that safe zone and step into the real world of gray versus black-and-white issues and answers. Coming overseas was even more of a challenge so I can look back on the Newman Center as a place of both anchor and setting sail.

"My gratitude to Father. P.J. and the rest of the staff who were equally available and challenging in helping me and all of us to develop an adult Christian faith that helps me to more closely follow Jesus." 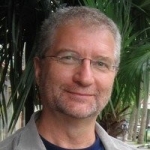 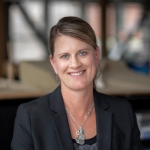