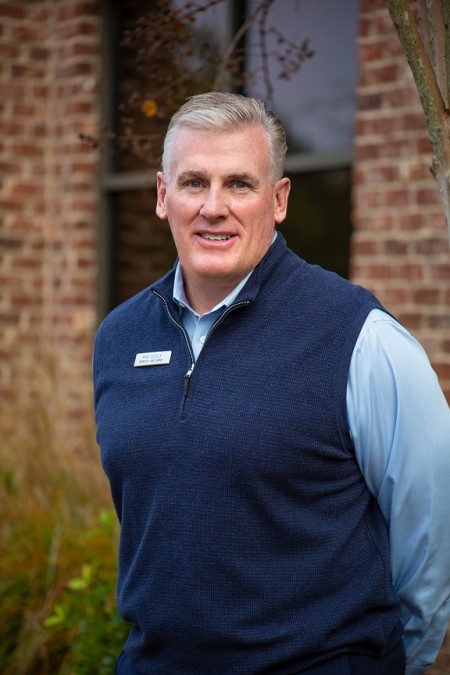 Mike White wasn’t the only coach who had a hand in the leader Mike Scully has grown up to be since hanging up his helmet.

The 1987 Illini co-captain and 1988 Washington Redskins lineman didn’t realize it at the time but a fellow UI student would also go on to leave a major mark on his life.

“My time in Champaign laid the foundation for me and has had a profound impact on the leader I am today,” Scully says from Georgia, where he’s the general manager of The Club at Reynolds Lake Oconee.

“I often refer back to Coach White and his style and flair for getting the best out of me as a player. My days in that orange and blue uniform are some of my fondest memories, and many of the people that I met during that time are still in my life.

“There’s one that sticks out the most, and that was a bartender at Kam’s named Eric Schor. After some 30 years, and wherever I am in the world or whatever I need, he’s there.

“No matter how much time passes between interactions, it feels like the first time I met him at the U of I’s iconic watering hole. He now owns an executive coaching firm and hasn’t stopped coaching me since our first introduction.

Now a big name in another sport, Scully served as director of golf at the world-renowned Medinah Country Club near Chicago before taking his current job in the Peach State.