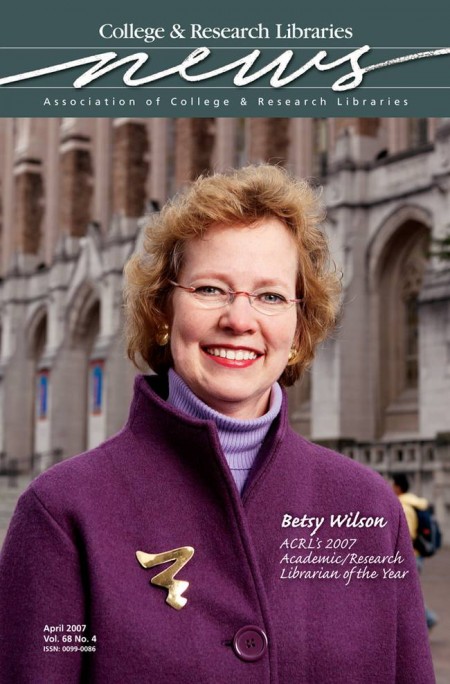 It’s been four decades since she was a grad student here. But Betsy Wilson’s memories of the Stacks are just as vivid now as they were in the late ’70s, when she was a research assistant for Professor Marianna Tax Choldin, who was in the process of writing “A Fence around the Empire: Russian Censorship of Western Ideas under the Tsars.”

“My job was to categorize the subject matter of 6,000 German-language books that were censored in Russia in the second half of the 19th century. I spent many hours at a long wooden table in the Reference Room pouring through bibliographic and historical resources in an attempt to get a full understanding of the content of each book,” says Wilson, who’d go on to head up the UI’s Undergraduate Library for 14 years before leaving for the University of Washington, where she’s now vice provost for digital initiatives and dean of university libraries.

“Sometimes, I needed to actually examine the book first hand. On those occasions, I’d leave the rarified air of the Reading Room and head into the Main Stacks, where I became immersed in the 19th century.

“Being in the Stacks left a lasting impression on me. I can still see the rows and rows of shelves, a house of stories where the voices of past generations could be found. I can still hear the creaking of the stairs and sound of footsteps of a lone researcher off in the distance.

“I can still feel the somewhat chilling exhilaration of locating a censored book with passages excised by black ink — ‘caviar’ — or paper pasted over the page. I was holding in my hands a book that had once been in the hands of a censor but now preserved for future students and researchers at the University of Illinois Library.”