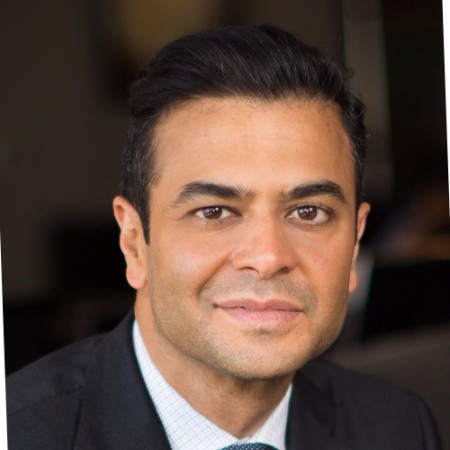 Ravin Gandhi’s trip down Illini memory lane begins on the fourth floor of Hopkins Hall, where he arrived as a 17-year-old freshman in 1990 and did "a lot of growing up during the two years I lived there."

"I remember insanely loud music up and down the halls, rowdy football players next door we’d play Nintendo with constantly, making fake IDs saying I was 19 since that was the bar age, late night card games — hearts and spades — in the lounge, and disappearing in the study carrels when I needed to get stuff done," says the Chicago-based CEO of GMM Nonstick Coatings, a global supplier of coatings for cookware and bakeware.

"One time, there was a big meningitis scare where a couple kids actually died, and the urinals in the bathroom looked like rainbows because the antidote pills they gave us at McKinley turned everyone’s pee orange.

"There was no email, Internet, cell phones, social media — and it was a glorious time.”