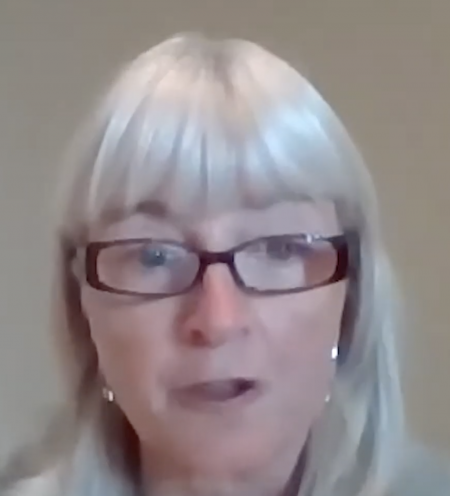 On a Campustown map, it’s known only as the northeast corner of Matthews and what used to be Daniels Street.

But to 2020 College of LAS Alumni Achievement Award winner Cheryl Quinn, it will forever be “Bob and Cheryl’s Park.”

That’s the unofficial name her grad school friends gave the outdoor seating and garden park, where Quinn and her future husband could often be found in the early ’90s.

“My husband Bob also worked at UIUC at the Beckman and I would meet him there for lunch any day that was not raining and above 50 degrees, usually eating peanut butter sandwiches,” Quinn (Ph.D. ’91, biochemistry) says from Hopkins, Minn., where she works as a private consultant to the pharmaceutical and biotechnology industries.

“We had a lot of laughs there and celebrated many successes, like first publications or passing orals. But it was also the place we learned sad news like failed tests, fellow grad students leaving or other tragic losses, including where we shed a lot of tears when one of our fellow grad students took his own life.

“People took to calling it Bob's and Cheryl's Park because it did not have a name.  A year after I graduated I was back on campus to give a lecture and one of the new grad students taking me around on tour called it that, and was surprised to learn I was the Cheryl the park was ‘named’ for.

“I was pleased they were still calling it that after we left, even if it was only for a year or two.”