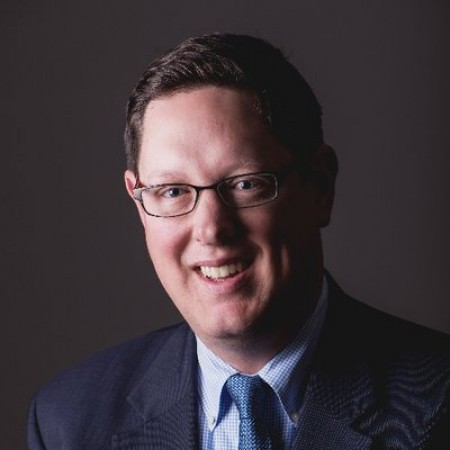 Director of communications | Metropolitan Milwaukee Assn. of Commerce | Class of 1996

Why the professor picked him, Chris Jenkins (BS ’96, journalism) still isn’t sure.

“As I write this, it’s national teacher appreciation week. In that spirit, I’m moved to write: Thank you, Professor Steve Helle.

“My journey to the University of Illinois, and everything that has happened since then, has been marked by a couple of ‘big breaks’ — those rare moments in life where a little bit of hard work and lot of good fortune intersect to change your life.

“For me, the first of those big breaks was earning the Evans Scholarship — a life-changing full-ride scholarship awarded to former golf caddies based on academic success and family financial need, among other criteria. This gave me a platform to pursue success at Illinois, chasing my childhood dream of becoming a sports writer.

“But what would I do with that opportunity? For the first couple of years of my academic career, the answer was not quite enough. I was getting pretty good grades and writing for The Daily Illini student newspaper on the side. But to really make it in a competitive industry, I would need to do more.

“Which brings me to my second big break: Going into my junior year, the sports editor of the St. Louis Post-Dispatch newspaper asked me if I’d be interested in working for them as a freelance sports writer covering Illini football and basketball.

“At the time, I had done OK at The Daily Illini. I’d probably cringe if I went back and read some of those stories today, but others might have shown some potential. But even if I did show some potential, there were a few other student reporters working with me at the time who I would have considered more accomplished — and more worthy of the Post-Dispatch opportunity — than I was.

“But they didn’t ask anyone else. They asked me, and the answer was easy: HELL, YES.

“This was a chance to have my work printed in a newspaper that landed on hundreds of thousands of doorsteps every morning. This was a ticket to show future potential employers that I could hack it on a big stage.

“The Post-Dispatch even lent me an actual laptop computer to file stories on — and that was quite a thing in the mid-’90s, when we student reporters were writing stories on Tandy TRS-80s. Affectionately known as the ‘Trash 80,’ the rudimentary machine showed a few lines of text at a time and required some borderline-magical combination of dialing a phone number by hand, waiting for a dialtone and then quickly plugging the phone line into the side of the machine before the signal was lost, which it usually was.

“Trying to do this on deadline was stressful, and a good lesson in the pressures associated with deadline writing that had nothing to do with the words on the screen. That lesson would prove handy years later at USA Today, when I was desperate to find some place to file a story from the now-infamous Major League Baseball steroid hearings in Congress and ended up calmly ripping a phone out of the wall in the basement of the Capitol building, plugging in, and filing.

“Uh, sorry about that, government folks. Made that deadline, though.

“Even if I didn’t necessarily feel quite worthy of the Post-Dispatch opportunity at the time, I was determined to raise the level of my work to prove I belonged there.

“But how did they ever find me in the first place? It was only later that I found out that they had called Professor Helle and asked for his recommendation, and he recommended me. I’m still not sure what he saw in me over some of the other student journalists on campus at the time; maybe it’s because I did pretty well in his media law class, still tied for my all-time favorite college class with Professor John Lynn’s epic military history class.

“Whatever he saw in me, it was perhaps more than I saw in myself at the time. That, to me, is the mark of a great teacher. And I’m forever grateful to him.

“Even though I have moved on from sports journalism, I did it professionally for long enough and at high enough of a level to say that I achieved my childhood dream. Without Professor Helle, that might never have been true." 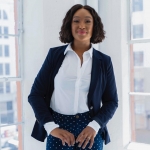