Christopher Clinton Conway’s happy place was the old World Heritage Museum, where he split an office (always set at a chilly 63 degrees) with as unique a character as has ever graced campus.

“A 3,000-year-old Egyptian mummy that was kept in a cardboard sarcophagus next to my desk. Seriously,” says Conway, the Los Angeled-baed founder of the Philanthropic Counsel.

An ancient history major — “there were less than a half-dozen of us as undergrads,” Conway notes — he worked for three years in the eaves of Lincoln Hall, back before the World Heritage Museum moved into what’s now the Spurlock Museum.

“Over my tenure, my responsibilities gradually increased from giving tours of classical casts to cataloguing actual artifacts. The best part of this experience — which I still tell to this day — is that I spent an entire summer term working in a tiny windowless office, in a winter coat, cataloguing Avery Brundage’s Olympic memorabilia.

“The lack of sunlight and necessity for the winter coat” was due to his office mate, an experience he wouldn’t trade for anuything.

His other favorite stops back then: Chester Street on Saturday nights (“dancing on the speakers and drinking slow gin fizzes. I think the last one I ever drank was there in 1993”) and Cafe Royale of Urbana (“The forerunner to Starbuck’s in a fabulous Spanish Revival building”). 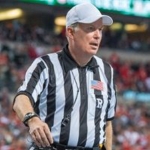