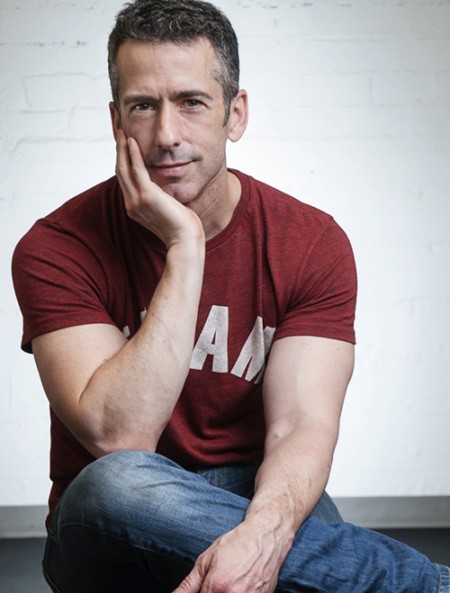 You won’t find Dan Savage’s favorite Campustown spot on any official map. And rest assured, you won’t find his memory of said place in any sanctioned UI brochure.

"The first night I got to Champaign-Urbana, I went to a party at Throckmorton East, aka 'the theater house.' I met the guy who would become my first serious college boyfriend at that party — a stage management student named Tommy Ladd. I wound up sleeping at Throckmorton East that night and most nights after," says Savage, an author, LGBT advocate and internationally syndicated relationship and sex advice columnist.

"Tommy and I were among of the tiny handful of openly-gay students in the theater department — times have changed — but we felt accepted by the straight students who lived at Throckmorton East. The house got that name because an elderly couple called the Throckmortons lived next door.

"Throckmorton West was tidy and neat, while Throckmorton East was dirty and messy. The house had a large front porch, and was the site of many parties — some of the cocaine-fueled. It was the '80s.

"I moved into the house when Tommy moved away after he graduated, to Minneapolis, and broke my heart into a million pieces."